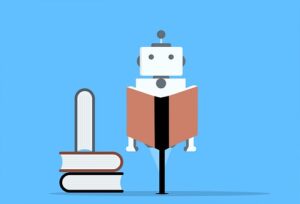 The previous blog described examples where specialist terminology lacks a direct equivalent in the target language. This week we take a tour of vocabulary that appears at first sight to have an obvious translation but where the dictionary definition may be misleading. The following terms are a reminder that slavishly adhering to dictionary suggestions can lead a translator astray.

Once again, we are in the domain of kitchen design and we start with the German Folienrollen, which you will find listed in online dictionaries like Linguee and dict.cc as “rolls of film”. The trouble with this choice is that your average English reader will immediately think of photographic film when what is meant is “rolls of clingfilm / foil”. The reason this problem arises is that German Folie can refer to Alufolie or Klarsichtfolie / Frischhaltefolie, whereas in English a specific reference to both aluminium foil and clingfilm is required for clarity.

Next, we delve into the intricacies of oven design. English ovens generally offer a choice between a standard oven setting (the oven heats up and cooks whatever is inside) and a fan or convection setting (where hot air is circulated by means of a fan for more efficient heat distribution inside the oven). In Germany, things are slightly more complex. Or more sophisticated, as German oven designers would no doubt insist! You will often find the term Umluft translated as a fan or convection oven, and the terms Oberhitze/Unterhitze (which refer to the top/bottom heat elements in an oven), can often simply be translated as a “non-fan setting”. In fact, German ovens often allow you to switch on these elements independently, which is not such a common feature in UK appliances, but that’s a whole other story. In the kitchen text I was wrangling with, the German also threw the term Heißluft (hot air) into the mix. The usually reliable Proz terminology search suggests convection oven is the appropriate translation. Often this choice would be fine, but where a distinction is required between Heißluft and Umluft a different approach is required. It turns out that German ovens distinguish between Umluft, in which the fan simply circulates the heat created by the top/bottom heating elements, and Heißluft, in which an additional heating element is attached to the fan itself. An equivalent does not really exist in English oven design so, where the precise technical details really matter, you will find that Heißluft appliances are referred to as “European convection ovens”.

Finally, let’s visit more straightforward cases where the dictionary definition for a lexical item can be deceptive. The German term Holzdekor is usually listed as “wooden décor” or similar, but is that always a good choice? This is a great example of the power of an online image search. Try a Google image search for Holzdekor and compare the results with an equivalent search for the English phrase wooden décor. The former shows synthetic wood products, which might be translated as “wood effect” or “wood laminate”. The latter results in images showing wooden decorative objects, such as charming carved ornaments and other trinkets.