Looming large on the horizon are post-Brexit changes to the UK border regime that you may have forgotten about with the current focus on Covid-19 travel rules. From October 1 this year, new passport and visa regulations come into effect, including the requirement that all EU travellers have a full passport and can no longer gain entry to the UK by using a national identity card. The Guardian reports on how this may have a significant impact on those working in the UK language-learning sector. Students coming here on language courses and exchange schemes may not be in possession of a passport since this is not required for travel between other European countries. The added expense and administrative effort of organising passports is apparently already driving an increase in inquiries about educational visits to Ireland rather than the UK. 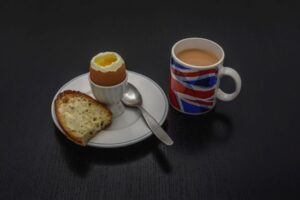 A survey by Visit Britain captured the status of the English language sector in 2018, describing a total of 614,000 visitors coming to the UK and participating in an English language course. Although this group only makes up 1.4 % of total visitors to the UK, they tend to stay longer than the average visitor. As a result, language-learners make a disproportionate contribution to the UK economy, spending on average twice as much per visit as their non-language learning counterparts. Almost 70 % of the UK language-learning cohort are under the age of 35 (compared to 34 % of travellers in general), and this group is more likely to be affected by the new travel regulations as they are less likely to hold a passport in the first place and are financially less secure, so more affected by the additional costs entailed in acquiring one.

BETA (the British Educational Travel Association) suggests the inbound youth, student and educational travel sector is worth £27 billion per annum to the UK economy, so a decline in this category of visitors could have major financial repercussions. Visit Britain also highlighted the strong loyalty to the UK among incoming language learners, with 80 % of those surveyed in 2018 planning a return trip. A drop in language visitors could have a long-term ripple effect if this loyalty is transferred elsewhere.

In addition to the passport requirements, another change being introduced in October is the abolition of so-called ‘collective passports’, which previously allowed non-EU students, often from immigrant families, to travel to the UK without a visa provided they were doing so as part of an organised group. The Guardian estimates that half of all French school trips to the UK would include a child affected by this new regulation, pointing out that these trips contribute £100m to the UK economy. Pleas to the UK government to simplify the process for educational visits have fallen on deaf ears despite these potential implications.