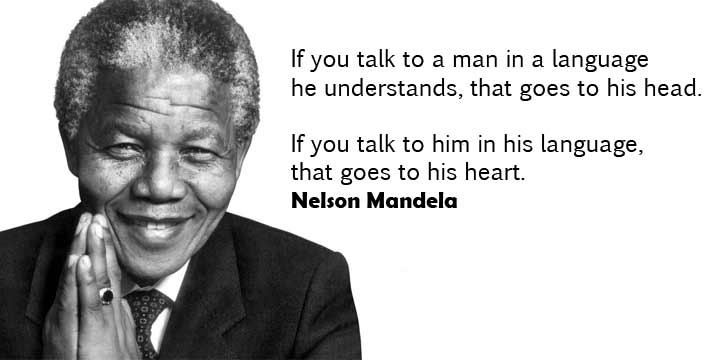 Learning of languages in the UK is slowly dying out. That is the stark warning from an investigative article in the TES published in January this year. Since the Labour government made foreign language learning optional at GCSE from 2005, the number of students choosing languages has fallen drastically. What’s more the overall trend is continuing downwards. Over the past four years the number of students taking French GCSE has fallen by more than 30,000 and German by about 12,000. The decline, not surprisingly, is evident at A-level too and at university level the numbers taking foreign language degree courses fell 16% between 2007/08 and 2013/14. In response to the decline in languages in schools many higher education institutions are now offering opportunities to study a language from scratch. The growth in so-called ab initio courses at degree level has been described by Jocelyn Wyburd, chair of the university council of modern languages and director of the language centre at Cambridge, as “universities grappling with a pipeline problem”.

Ultimately attempts to resuscitate languages at a higher education level can only do so much. The TES emphasises the importance of tackling the issue at school level and argues that in order to arrest the decline it is vital work out why language learning is such a turn-off for today’s schoolchildren. We need an answer which “turns the heads of young people, that makes them really understand why they should embrace language learning”.

MFL and the economy

When it comes to curriculum design the usual arguments trotted out are economic in nature: young people must study subjects which will help them in the workplace. This gives a fillip to those keen to prioritise English, science and maths with the other subjects slotted in as ‘nice to haves’. And yet Baroness Coussins, chair of the All Party Parliamentary Group on modern languages, estimates that the UK’s monoglot tendencies cost the economy close to £50 billion per year. Hard financial facts will always influence government policy, so perhaps this helped prompt the inclusion of MFL in the English Baccalaureate, a new school performance measure. 2016 saw the publication of the first ever Progress 8 results (which are based on the EBacc subjects) and yet the number of MFL entries still dropped when compared with 2015.

The TES article concludes that economic arguments are simply not persuasive enough to influence young people’s choices at GCSE. And nor should they be, argues the article’s author Alistair McConville, stating that such a narrow approach can “easily render the sense that the whole of their time at school is mere preparation for the workplace”.

McConville believes we need to look beyond “lifetime earning potential, short-term employment prospects or other material inducements” and appeal instead to young people’s natural empathy and interest in other cultures. The Brexit polling statistics made it clear that young people were the least eager to withdraw from Europe and McConville sees this as being a direct consequence of an instinctive desire by the young to understand the world around them. He feels we must make a stronger case for languages being a “crucial, revelatory window on the lives of others”. Or, as Nelson Mandela said: “If you talk to a man in a language he understands that goes to his head. If you talk to him in his language, that goes to his heart”.

Thank you! It is very interesting

This is a very useful article and desperately useful

Hello ALISON TUNLEY, Great tips.... The suggestions you have given here are really very appreciable. Learning any language needs continuous practice. You learn something new every day. Following your suggestions can help us in learning any new language more easily.