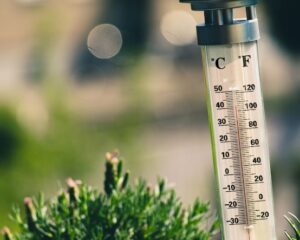 Overly literal translations are the scourge of a translator’s professional life, but when heading off on holiday they can become a source of endless amusement. I now have my family trained to look out for examples of linguistic faux pas, as previously documented in this blog. As my kids have grown older, they now specialise in inventing their own fake literal translations, competing for the funniest examples. The many hours we spent on French motorways this summer were punctuated by cries of “Watch out for the death angles” (angles morts: the blindspot on a truck or large vehicle), and “He definitely didn’t want to cede his passage” (Cédez le passage: give way) referring to the reluctance of some motorists to slow down even a fraction when roads are merging. Meanwhile, at breakfast, the family code now includes the phrase “Pass the savage myrtles” (myrtilles sauvages: wild blueberry (jam)).

In addition to revelling in deliberately literal translations, a trip through any European country is a chance to explore etymology and make new discoveries about English vocabulary. A motorway sign cautioning drivers “Hydratez vous” (stay hydrated) due to the “canicule” (heatwave) prompted a deep dive into dictionary definitions, Wikipedia and a spot of astronomy.

The roots of the word canicule can be found in the Latin canīcula (puppy) from canis (dog). As the brightest star in the Canis Major constellation, Syrius is colloquially known as the ‘Dog Star’. Sirius is also by far the brightest star in the night sky, which means it was a notable feature for ancient astronomers tracking the movements of stars and planets. In antiquity, its annual appearance (referred to as the heliacal rising) in late July led the Greeks and Romans to associate the star with the hottest and unhealthiest days of summer diēs caniculārēs (Latin), kunádes hēmérai (Ancient Greek). Hence the ‘dog days of summer’. In fact, the connection with dogs goes beyond the eponymous star because the heat of summer was also associated with an increase in erratic and aggressive behaviour by dogs. Pliny the Elder apparently suggested dog attacks during the hotter months could be reduced by incorporating chicken manure in their food! Not for nothing did Rudyard Kipling conclude that only “mad dogs and Englishmen go out in the noonday sun”.

Meanwhile, under leaden skies in the unromantic setting of the Eurotunnel terminal at Dover, the proclamation “Back to dear old Blighty” set us off on another linguistic investigation, this time with roots outside the Indo-European languages. The word “Blighty” is derived from Urdu bilāyatī, wilāyatī (meaning foreign, or European), originally from Arabic wilāyat, wilāya (meaning dominion or district). The link with Britain or England goes back to the Boer War but the phrase really achieved widespread use during the First World War. The word’s humorous and affectionate connotations are also carried over to the military slang a “Blighty wound”, referring to a wound sufficiently serious to get the soldier sent home, while being neither fatal nor resulting in permanent injury.