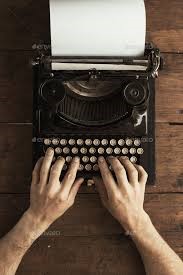 Translation is different from other forms of writing in that the basic material already exists when you start. The translator’s job is to reproduce the content so the target audience can access the text. But in other respects translation has much in common with creative writing, journalism and commercial copywriting. I often argue that a translator’s skill lies not in their knowledge of the source language but their ability to produce excellent prose in the target language. It’s a slightly fatuous argument as you won’t get anywhere without understanding the source. Nonetheless, given that most translators have reasonable foreign-language skills, the ability to write well in your native language is the factor that sorts the wheat from the chaff.

So this week’s blog reflects on what constitutes good writing. I highly recommend reading the article from Medium referenced at the end of this post. Even if you get no further than the headline quote from Nathaniel Hawthorne “Easy reading is damn hard writing”, you will have taken on board a valuable reminder. It’s a slog. Nobody finds it easy to churn out high-quality text. Not even one of America’s great fiction writers. The blog at Medium also has an excellent list of specific tweaks you can make in English which will greatly improve the clarity of your writing. These include replacing adverbs with more descriptive verbs, avoiding strings of adjectives or nouns, deleting unnecessary ‘thats’. Translators from German, in particular, will benefit from the recommendation to think about swapping nouns for verbs.

You will need to write, rewrite and write again. As author Mark Haddon once said, “Most of my work is crossing out. Crossing out was the secret of all good writing.”. Any good translator will proofread their work and you might think this would primarily involve checking the translation for errors against the original text. There is an element of that, of course, but the proofing process is much more about improving the way the translation reads. If something sounds odd – fix it. Sometimes this involves dismantling the entire sentence and starting again. That can be a dispiriting prospect. Often the solution is to move further away from the source text. Proofing is your chance to liberate your text from the structure of the original language. By all means go back to the original text, but think about what the author was really trying to say rather than the words on the page. Sometimes it helps to paraphrase the content as this can lead you to a more natural sentence structure in the translation.

Just because the original text includes a word doesn’t mean you have to in the translation. I don’t know if German is more tolerant of tautology than English, but it’s not uncommon to find a redundant “auch” thrown into a sentence that already contains the effectively synonymous “Des weiteren” or “Zudem”. There is no need to replicate this in English with an unnecessary “also” thrown in after “In addition”. In fact, removing words is often the best fix for a bad sentence. As the ever quotable Mark Twain put it: “Substitute ‘damn’ every time you’re inclined to write ‘very’; your editor will delete it and the writing will be just as it should be.”