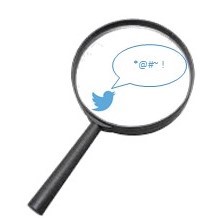 Imagine being there to witness the birth of a word. Could anything be more thrilling for a linguist than seeing neologism in action by tracing the origin of a word back to a single moment. According to an article in the Guardian, lexicographer Bernadette Paton experienced exactly this. Paton tracked down a twitter exchange from 2009 in which user @popelizbet suggested to someone identified only as Colin “Why don’t you mansplain it to me Colin?”. In a fascinating piece on the impact of the internet on dictionary compilation, Andrew Dickson suggests that what Paton had discovered was the very first recorded use of the verb “mansplain”.

As is so often the case, the reality is a bit more complicated. The OED entry for this verb has at least one earlier recorded usage from 2008 in a comment on a blog post, where user electricwitch writes “Wow, thank you so much for mansplaining this art to me! What with my arts degree, I can’t understand it all.” One feature of the growth of social media and the abundance of text available online is that it provides an incredible resource for lexicographers. Dickson describes this as allowing linguists to “spy on language in the wild”.

Not only do lexicographers have access to an incredible wealth of data on the internet, the nature of the content on many social media platforms is unlike anything previously gathered in language surveys. In many of the exchanges on platforms such as Twitter the language used is very close to oral traditions. People tweet in a style not so different from the way they actually speak. In terms of studying neologisms, this gives lexicographers unprecedented access to usage which is much closer to the moment a word is actually created.

The medium of Twitter has itself spawned a host of new words beginning with “tw” to denote an activity taking place within the “twitterverse”. So, for instance, we have “twagiarism” for plagiarism specifically committed via Twitter, then there are the “tweeple”, people who use Twitter, who are often engaged in “twisticuffs” arguments conducted on the Twitter platform.

Most excitingly for lexicographers, Twitter gives them a way to map language as it evolves, tracking the origins of words as they come into regular use. A study by the University of Birmingham in 2018 identified five regional hotspots for neologisms in the USA. Typically, new words would arise in one of these five areas before spreading out to the rest of the country.

The ability to analyse huge amounts of linguistic data seems likely to shape sociolinguistic approaches for many years to come. And the popularity of technologies such as Alexa and Siri mean that a new form of spoken language is now also under the linguistic microscope.