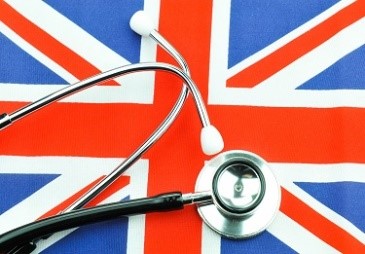 As Britain’s Brexit negotiations proceed smoothly towards a satisfactory consensus … no wait, something’s not right there. Whatever your view on Britain’s impending departure from the EU it seems clear that the issue of immigration is one of many which is far from resolved and a potential recruitment crisis could be facing the country in many sectors. Staff shortages could be particularly significant in the health service, which relies heavily on workers from outside the UK. There has been considerable discussion recently about the language tests which foreign nurses are required to take before registering in the UK.

The Guardian was one of many national papers to report the case of Hayley Purcell, an Australian with a bachelor’s degree in nursing, who failed the written language test required to come and work in the UK. This was despite being a native speaker of English and having 11 years’ experience working as a nurse in Southern Australia. Currently, foreign nurses are obliged to take the IELTS (International English Language Testing System) and must have a score of seven out of nine in each of the four elements: speaking, listening, reading, writing.

The Nursing and Midwifery Council has been reviewing these language tests and is shortly expected to announce the introduction of the Occupational English Test as an alternative to the IELTS. The consultation process has only just concluded and details have not yet been released, but it seems likely the new test will be introduced by the end of the year, according to an article in Nursing in Practice.

Under the new system, nurses who gained their nursing degrees in English speaking countries will not need to take any additional language test. Also exempt will be applicants who have spent at least a year working in a country where English is the native language. And for those who are still required to undergo a test, the emphasis will shift from a rather “academic” approach to an analysis of linguistic skills within an occupational context. Jackie Smith, chief executive of the NMC, emphasises the need to establish that nurses have “the necessary command of English to practise safely and effectively, without compromising patient safety”.

So are staff shortages the trigger for the language test changes? Jackie Smith, chief executive of the NMC insists not “We are not interested in lowering the standard to ease the workforce pressures”. And this view is echoed by the Royal College of Nursing who issued a statement saying “The NHS is struggling to recruit overseas nurses but we would firmly oppose any change just to plug workforce gaps”. Not surprisingly certain British newspapers see things differently. The insinuation in the Evening Standard’s headline is clear “Language tests for foreign nurses made easier amid post-Brexit recruitment concerns”. The undertone in the Telegraph’s headline is similar “Language tests for nurses from abroad to be watered down”.

As Brexit casts its long shadow over every aspect of UK life, it is somewhat inevitable that opinion on the language test changes will be divided. There will be those who firmly believe any modifications to be a “watering down” or an attempt to “make the test easier”. And there will be others who simply see the process as a sensible amendment to make the tests occupationally relevant and more applicable to the specific linguistic skills required in the nursing profession.