If you are in search of some idle online linguistic browsing guaranteed to boost morale, take a deep dive into the magnificent “positive lexicography” project curated by Dr Tim Lomas. This is a collection of untranslatable words related specifically to wellbeing, highlighting the relationship between untranslatable words and positive psychology.

In a TedX talk describing the project, Lomas begins with a question: “If words label and even create our world, what does it mean to lack a particular word in our own language?” This line of enquiry goes back to period Lomas spent teaching English in China, where he was drawn to the concepts of Taoism and Buddhism and began reflecting on lexical items that lack a direct equivalent in English. 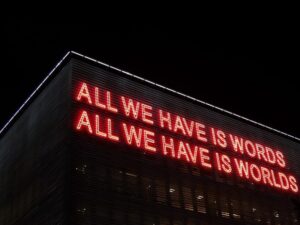 The philosophy or spiritual tradition underlying Taoism is itself dependent on a concept that English struggles to articulate. Lomas describes “Tao” as relating to the “entire warp and weft of reality, both being and becoming, form and function” but ultimately concludes that it is “ineffable”. Wikipedia opts for the more prosaic “source, pattern and substance of everything that exists”; at any rate, this is clearly something that lacks a succinct summary in English but is fundamental to a whole way of life for adherents of Taoism.

Having had his eyes opened to English’s lexical lacunae, when Lomas subsequently specialised in the study of psychology, he realised how this field has been shaped and potentially limited by being conducted mostly in English. A conference on “positive psychology” (the scientific study of wellbeing) then drew his attention to another lexical gap in English. A speaker at the conference described the Finnish concept of “sisu”, which is roughly akin to extraordinary courage, particularly in the face of adversity and, most importantly of all, is regarded by many Finns as central to their national identity.

And thus, the idea was sparked to start a collection of similar words, not just as a source of linguistic oddities but with a view to enhancing our understanding of the mind and maybe expanding our horizons. Initial research threw up a couple of hundred such words, which were published in the journal Positive Pscychology in 2016. This prompted other people to get in touch with suggestions in their own language, and the lexicon has now grown to well over 1000 items (although Lomas notes that only 100 languages are represented, so there is plenty of untapped potential).

Some of the entries describe a familiar concept, even if you do not have a precise word for it. The French joie de vivre is a good example and has been officially adopted in English for good reason. As Lomas puts it in his book The Happiness Dictionary, you can imagine one of our English forbears exclaiming “That’s exactly how I feel! How handy to have a word for it.”

Other lexical entries are more remote and strange, describing concepts that are difficult to comprehend even once they have been explained several times. These words are more intriguing as they tap into our suspicion that our conceptual framework is constrained by the limits of our vocabulary. Lomas talks about the concept of “Wu wei” in Taoism, meaning something akin to “doing by not doing”, a concept that is antithetical to the action-focused mindset of many of us in the Western World.

The project and accompanying TEDx talk are a reminder of the power words have “to uplift and transform our reality in many positive ways.” These words teach us about other people, but also shed light on our own existence by showing the relationship between untranslatable words and positive psychology.