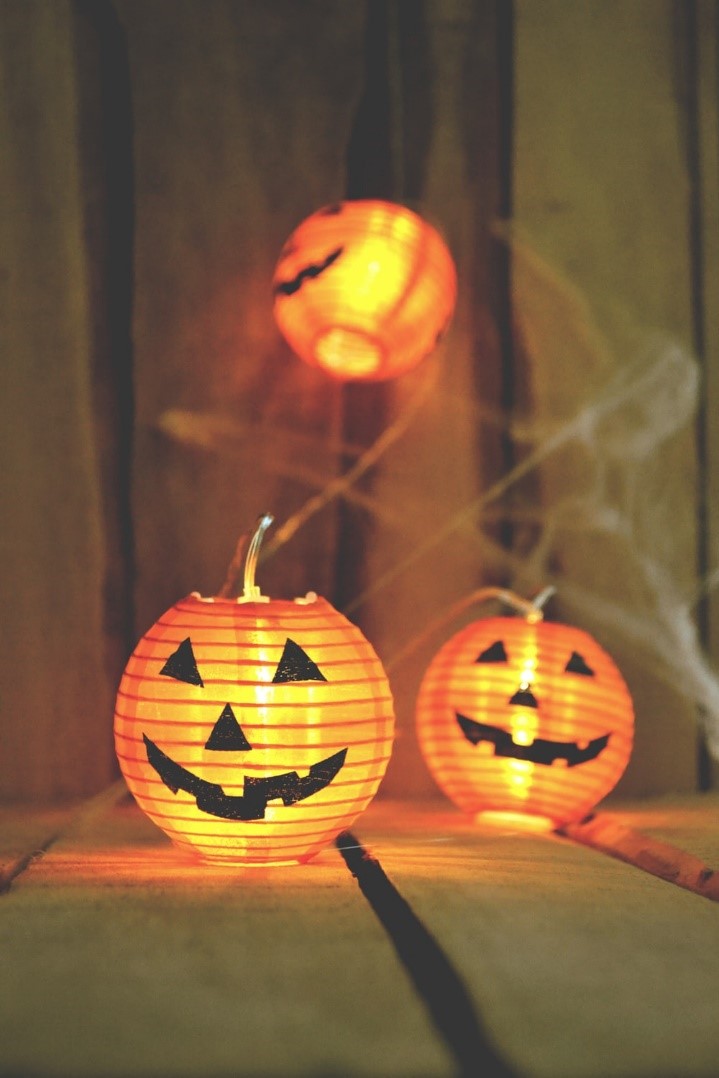 With Halloween just around the corner, this week’s blog is inspired by a tweet from the wonderful @tweetolectology. This language and geography focused Twitter account is the brainchild of an ESRC funded collaboration between the universities of Cambridge and Lancaster investigating the diffusion of morphosyntactic innovations using social media. The aim is to use Twitter to collect datasets for different languages (English, Welsh, Norwegian, Swedish, Danish, Icelandic, Faroese and Turkish) to identify language changes in progress as they spread through the relevant Twitter populations.

As well as collecting contemporary linguistic data, @tweetolectology takes a regular look at older data from the Survey of English Dialects. This was a ground-breaking survey of vernacular speech in England conducted by researchers at the University of Leeds between 1950 and 1961. The survey aimed to capture the most conservative forms of speech and so specifically targeted isolated, rural areas. Participants were predominantly male farm labourers and were generally over the age of 65. So the image you see below is a snapshot of terminology for a generation of English speakers who are no longer alive. It would be interesting to see whether changes in communication and mass media over the last 70 years have impacted on the degree of regional variation found in the original study.

To return to our Halloween theme, below is the original map from @tweetolectology showing the respondents’ preferred general noun for sugary treats: 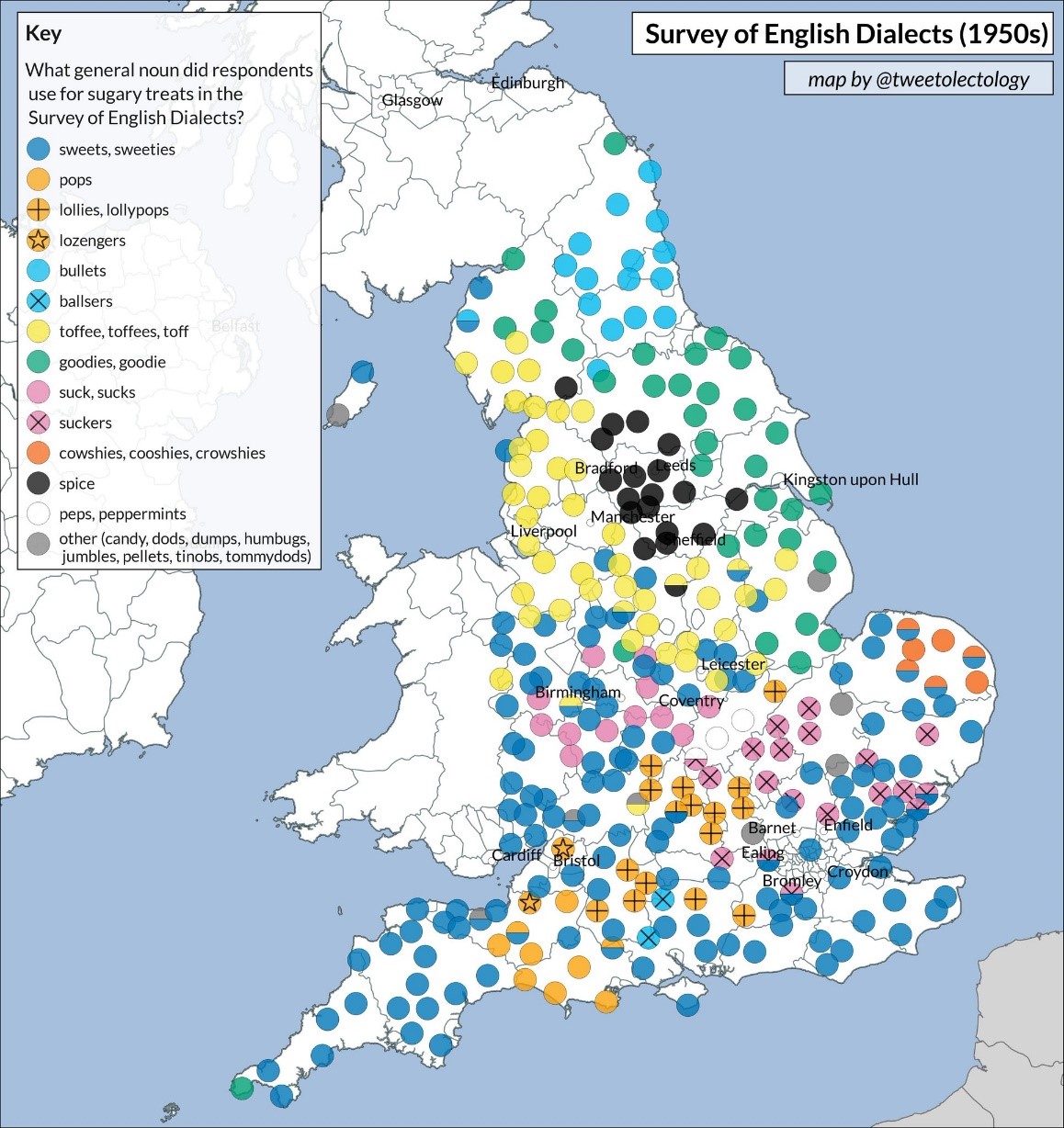 I particularly love the fact that there seems to be a random green dot down in Cornwall representing goodies/goodie far away from its fellow green dots up in the north and east of England. And while most of the terms are recognisable as referring to sugary confectionary, I would never have guessed at the meaning of the delightful ballsers, bullets or cowshies. The term lozengers sounds like something Roald Dahl’s Big Friendly Giant might have come up with, while spice and suckers have acquired very different meanings in modern parlance.

The practice of trick or treating is widely assumed to be an American import to British culture, but its roots go back much further. During medieval times in England, soulers would go from door to door seeking donations of soul cakes then singing and saying prayers for the souls of the givers and their friends in return. This tradition would have taken place during the period spanning All Saints’ Eve (All Hallows’ Eve or Halloween), All Saints’ Day and All Souls’ Day (October 31, November 1 and November 2). A similar tradition evolved in Scotland with the practice of guising, where people donned a disguise to visit homes in search of edible or financial rewards. Guising requires the performance of a song or other recital before any reward is issued.

Although the custom of trick or treating is essentially European, the phrase itself is undoubtedly American in origin. There is little evidence of the term being used in the UK prior to the 1980s and even now it is seen by some as an unwelcome import. Perhaps people might feel less intolerant if they knew that the tradition, if not its name, was such a longstanding one.