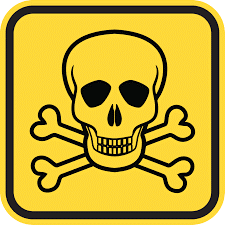 “Language poisoning” is a term used to describe a phenomenon I’m sure all translators will have experienced, namely the insidious influence the source language can have on your skills as a writer in the target language. Examples of foreign language poisoning are rife in poor-quality translations. In fact, if you know a language really well, you can often guess what the original source language might have been simply from seeing the final translation. In German, for instance, the possessive is created as follows: “noun + of the + noun”, e.g. “das Urteil des Gerichts”. This is perfectly possible in English too (e.g. “the verdict of the court”), but when you see lots of these constructions littered throughout an English text (as opposed to “the court’s verdict”), it can sometimes point to Germanic contamination.

Language poisoning comes in varying degrees of severity. The example just given is a matter of style; both options are “correct” and the decision comes down to context and the desired emphasis. In other cases, foreign contamination can produce utter nonsense. The German phrase “variabel einstellbar” is perhaps best rendered as “adjustable” in English. At any rate, describing something as “variably adjustable” is ludicrous (one wonders what being “invariably adjustable” might involve).

While we are on the subject of “-bar” – Germans just love this suffix, even adding it to foreign words e.g. “downloadbar” for “downloadable”. But that doesn’t mean the equivalent “-able” suffix in English is necessarily the right option. Where German might describe a table as “faltbar”, in English we are more likely to use “folding table” than “foldable”. And “zusammenstellbar”, meaning “combinable”, is more likely to require a full descriptive phrase depending on the context e.g. “can be combined”.

Discerning and experienced translators like to think they are immune to such linguistic contamination. But the reality is that after immersion in the foreign text, this kind of slip-up can happen to the best of us. I confess that I recently found in one of my own translations the horrifying linguistic fabrication “place-saving” for German “platzsparend”, instead of “space-saving”. Ouch! I had even proofed the text and somehow not spotted this ghastliness. It still brings me out in a cold sweat. I can only think that my brain had gone into full-on German mode and possibly not had an adequate supply of caffeine.

One of the key skills you develop as a translator is the ability to spot potential language poisoning hazards. There are certain grammatical structures that typify a language and which, if allowed to leak into a translation, will render it at best unnatural, at worst gibberish. For instance, German has a great fondness for nouns where English might prefer a verbal phrase. And epic German sentences involving multiple embedded sub-clauses often need complete restructuring if they are going to read naturally in English.

There are also strategies we can put in place to help reduce cases of language poisoning. Most translation agencies insist on proofreading by someone other than the translator. This is invaluable because having a certain distance from the text often allows subtle foreign influences to be detected. As for your own work, leaving a period of time between finishing a translation and proofreading is useful for spotting these errors. With tight schedules this can be tricky, but at least an overnight gap between drafting and proofing is ideal. My other rule of thumb is that if I have even the slightest inkling during proofing that something sounds “clunky”, there’s a chance that language poisoning might have occurred.