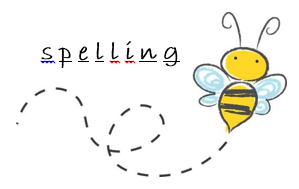 Were you one of those kids who effortlessly scored 10/10 in spelling tests at school? Me too! My husband, on the other hand, has an uncanny ability to remember phone numbers, vehicle licence plates and passport numbers, but still struggles with getting the double letters correct in “carrots” and “broccoli” on the shopping list. My dad is not too shabby at solving crosswords, but only with the assistance of my mum who has no interest in these brain teasers but is an ace at spelling his suggested solutions. Spelling seems to be one of those things that comes easily to some people and not to others.

Having put myself firmly in the “natural spelling ace” camp, I have recently wondered if translation work is actually impairing my skills. In a previous blog I wrote about language poisoning, where the source language can impair your judgment as a native speaker, sneaking foreign influences into your translated text. I think a similar process might apply when it comes to spelling. I increasingly find myself having to check things like one ‘n’ or two in ‘canister’ (just the one, it turns out). And I was sure there were two ‘l’s in “pavilion” until the spellcheck set me straight. Maybe my spelling skills are not as foolproof as I once thought. In fact, now we’re on the subject, why does my spellchecker not like foolproof, but is happy with the hyphenated fool-proof?

Hyphenation in general is a bit of a quagmire as linguistic conventions shift over time. Back in 2007 an article in Reuters highlighted the loss of thousands of hyphens in compound words in the Shorter Oxford English Dictionary. Some previously hyphenated words simply split in two (hobby horse, ice cream), while others became a single word (bumblebee, pigeonhole). Other nouns also seem unsure whether they are one word or two, e.g. hairdryer or hair dryer and flyscreen or fly screen.

Then there are the slightly weird new words where no-one seems quite sure of themselves e.g. satnav, SatNav, sat-nav, WiFi, wifi, wi-fi, Wi-fi. You can go round in circles trying to pin these down. Ultimately within each text you need to make a decision and stick with it. At least “email” has been around long enough for there to be some consensus that the hyphen is superfluous to requirements (unless you are writing for a US audience, where they seem more inclined to hang on to it).

There is a certain irony that spellcheck, spell check and spell-check are all widely found in use. And while the tool can help to some extent when it comes to standard spellings, it will never be any good at spotting typos where the error itself involves a legitimate word, e.g. from, form, complied, compiled. The only answer is to be an eagle-eyed spell checker with the instincts of a spelling bee.