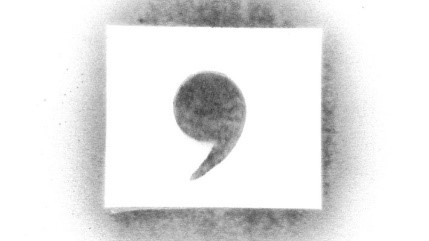 “For want of a comma, we have this case.”

Grammarians, punctuation pedants, eagle-eyed copy editors and other language enthusiasts took enormous delight in the recent US court ruling, in which a group of dairy delivery drivers were awarded millions of dollars owed in overtime pay all because of the absence of the so-called Oxford comma (or serial comma) in a crucial sentence in Maine’s state labour laws.

First of all, a brief recap for those of us unfamiliar with this particular piece of punctuation. The serial comma is used after the penultimate item in a list of three or more items, before ‘and’ or ‘or’. It is particularly useful to clarify the meaning of a sentence when the items in a list are not single words. It is also commonly called the Oxford comma because it was traditionally used by printers, readers, and editors at Oxford University Press. But not all writers and publishers use it and style guides differ in their recommendations. The pros and cons of the Oxford comma are hotly disputed, with some regarding it as indispensable and others as utterly pretentious. As Lynn Truss puts it so beautifully in her bestselling book on punctuation: Eats, Shoots & Leaves, “There are people who embrace the Oxford comma, and people who don’t, and I’ll just say this: never get between these people when drink has been taken.”

There are certainly plenty of delightful examples of potential misunderstandings caused by omission of this punctuation mark. One of my favourites did the rounds on Twitter recently, with Oxford comma fans citing an acknowledgments page in a book containing the sentence: “This book is dedicated to my parents, Ayn Rand and God”. Judicious insertion of an Oxford comma would have avoided the author appearing to claim to be the offspring of the Russian-American novelist Ayn Rand and, well, God! However, it didn’t take long for another Twitter wit to point out the potential peril of over-enthusiastic Oxford comma usage with the phrase: “This book is dedicated to my father, Elvis, and God” (where the comma after Elvis would best be omitted, unless the book was indeed authored by Elvis’s progeny).

To return to the court case ruling which focused international attention on this obscure piece of punctuation, the particular US state labour guidelines under dispute contain a section entitled “Exemption F” which lists the work activities which do not qualify for overtime payment. The list runs as follows:

Now, if you’ve been paying attention, you will see that if there was an Oxford comma after “packing for shipment” then neither “packing” nor “distribution” would be covered by overtime pay. But without the Oxford comma here, the court decided that a strict legal interpretation of the sentence meant that “packing for shipment or distribution” constituted a single activity: “packing”. Crucially, as a consequence, distribution is not covered in the list of overtime exemptions. So the dairy delivery drivers should get paid for it.

Naturally, the state argued that it did not mean to exclude “distribution” from the clause about overtime pay. On the contrary, they had intended the final items in the list to be considered as two separate items rather than a single activity. But their arguments fell on deaf ears, with the court deciding in favour of the delivery drivers and delivering a written ruling which the New Yorker described as “a feast of subtle delights for anyone with a taste for grammar and usage.”

“For want of a comma”, as the appeals judge put it, some 75 drivers will share in a settlement thought to be in the region of $10m (£8.1m). Big bucks for one little piece of punctuation!