Translators are well used to wrangling complex text into comprehensible shape. If you do a good job and deal with a wide range of documents, you sometimes get the feeling that your translated text might be higher quality than the… Read More 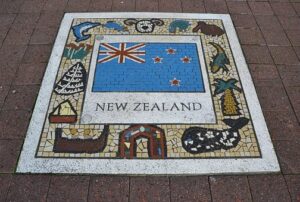 Translators are well used to wrangling complex text into comprehensible shape. If you do a good job and deal with a wide range of documents, you sometimes get the feeling that your translated text might be higher quality than the original source. The truth is that not all documents are necessarily well-written, and some may even be bordering on the unintelligible. The New Zealand government is in the process of attempting to improve the quality of its communications with the introduction of the Plain Language Bill, which is currently awaiting a final debate and vote on implementation.

The New Zealand bill promotes the use of plain English in official documents and websites, but what does that mean? The proposals define plain language as being “appropriate to the intended audience” and “clear, concise, and well organised”. This all sounds admirable, but it is hard to imagine anyone is intentionally producing text that is “inappropriate for the intended audience” or “unclear, wordy and disorganised”. The truth is that good, clear writing is difficult to achieve. And legislators are already discovering that judging the clarity of a passage of text is a highly subjective exercise.

The challenges of pinning down what is meant by plain language are highlighted by the Commentary on the evolution of the bill. Reports from the Governance and Administration Committee suggest that “plain language” will differ depending on the intended audience as readers may have widely different levels of understanding. An earlier draft of the bill suggested “plain language” be defined as text that “the intended reader can easily understand after 1 reading”. The Committee rejected this definition as “impractical”, pointing out “it may not always be feasible for readers to understand some documents — particularly technical ones — after a single reading, even if they have the relevant expertise.” The single reading test has been removed from latest version of the bill.

Another suggested requirement of “plain language” was that it should follow “recognised guidelines of plain language writing”. With no indication of what these guidelines might be, this instruction was meaningless and has duly been abandoned. The question of who gets to decide what is “plain language” is not really resolved in subsequent versions of the bill.

Assuming the difficulty of defining what is meant by “plain language” can be overcome, the next challenge is how it would be enforced. The bill proposes the introduction of “plain language officers”, who would deal with feedback from the public on official documentation and take responsibility for educating other government officials on the requirements of the Act.

New Zealand’s opposition say this will simply add a costly layer of bureaucracy without achieving the desired improvements. As reported in The Guardian, opposition MP Chris Bishop did not mince his words in expressing his opinion about the proposals, “Let me speak with extremely plain language. This bill is the stupidest bill to come before parliament in this term.”

Opponents of the bill have two key concerns. Firstly, is legislation the right way to achieve the desired outcome? New Zealand’s Legislation Design Advisory Committee suggested that improvements to written documents would be best achieved through non-legislative means. And secondly, would the legislation be effective? The proposals state “This Act does not confer a legal right or impose a legal obligation on any person that is enforceable in a court of law”, so the question is will it have any impact at all?