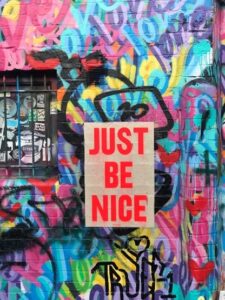 Most translators will be familiar with Microsoft Word’s spell-checker, and probably its grammar checker too. Many is the time those tools have saved me from submitting a rogue apostrophe or a finger-fumbled typo. In an idle moment, I found myself exploring the Refinements tools also available via the Editor facility. Just hit F7 in a Word document to run a spelling and grammar check, and the suggested refinements are listed below. I was already aware of the clarity, conciseness and formality suggestions, but the “Inclusiveness” and “Sensitive Geopolitical References” options were new to me. What are the inclusive language options, and how do they work?

The focus on “inclusive” language was something added to Office 365 in 2020. Their AI Blog describes the innovation as follows: “[the] Editor’s inclusive language critique offers suggestions to replace language that may perpetuate biases around age, ability, gender, sexual orientation, religion, ethnic or racial slurs, as well as outdated or sensitive geopolitical references.”

Unsurprisingly there were howls of despair and claims of political correctness gone mad from various quarters. These included the UK’s The Sun newspaper, who picked out inevitable howlers to illustrate the perceived foolishness of the endeavour in an article entitled “MS Woke. Tech giant Microsoft trying to make world more woke by rolling out ‘inclusiveness’ checker in Word.” The piece mocks a rewrite of Margaret Thatcher’s famous pronouncement “You can call me Ms. T. The person is not for turning.” Needless to say, this kind of nonsense is not Microsoft’s intention, although having recently witnessed the ill-advised rewrite by the American Civil Liberties Union of Ruth Bader Ginsberg’s famous quotation to erase the word ‘women’, maybe we should not be so sure.

To take a closer look at the tool, I ran the Rosetta Translation blog posts from January this year through the Editor’s additional checks. There were no issues – full marks for inclusiveness and avoidance of geopolitical sensitivities! I then went back to an autumn post covering the contentious debate about the definition of the word ‘woman’ – again no minus points for inclusivity or other faux pas. My next target was a large fashion PEMT project I had recently undertaken. Unsurprisingly, MS Word did not approve of the English translation ‘fisherman’s hat’, suggesting instead ‘fisher hat’. However, if it is search hits you are interested in, the latter scores very poorly in contrast with the gendered term. More entertainingly, the MS Word Editor picked up on the use of ‘lumberjack’ to describe a lumberjack shirt, stating “a gender-neutral term here would be more inclusive”. Quite what they propose instead is a mystery! Indeed the dictionary definitions I found suggest this term is applicable to a person of either sex:

lumberjack noun (especially in the US and Canada) a person whose job is to cut down trees that will be used for building, etc. or to transport trees that have been cut down

My next target for the MS Word Editor was a recent food-themed translation. This time there were a couple of thornier issues. It grumbled about my lack of capitalisation on ‘indigenous’ referring to the original population in Peru, and it was unimpressed with the phrase ‘oriental salad’, citing this as potentially exhibiting geopolitical bias. This opened a can of worms that left me unsure what the best solution was. Asian salad met with approval, but capitalisation of indigenous looked odd to me in this context. My conclusion for now is to watch and wait before deciding how useful this tool might be.