What is the Moses machine translation system?

Recently, I was talking with a translator friend of mine about machine-assisted translation (Google Translate in particular) and she mentioned Moses as a translation tool growing in popularity. I was a little bemused, as Moses, to me, is an important figure in Judaism and not in the world of translation! However, on further investigation it appears she was speaking sense. So how good is the Moses machine translation system? 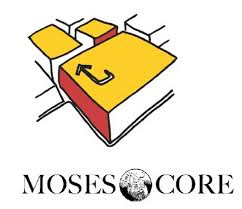 According to the site: “Moses is a statistical machine translation system that allows you to automatically train translation models for any language pair. All you need is a collection of translated texts (parallel corpus). Once you have a trained model, an efficient search algorithm quickly finds the highest probability translation among the exponential number of choices.”

It is free software available for use by all: an open source project (whereby the software source code is available to be modified/developed by anyone). It was started in 2005 by two researchers at the University of Edinburgh, and then became part of the ‘Euromatrix’ project funded by the EU. Since then it has been contributed to by many source contributors and has continued to develop to become “probably the most widely used open-source SMT [statistical machine translation] system.” It is apparently being used in teaching, research and commercial settings.

How does it work?

Similar to the approach of Google Translate, Moses uses a statistical system to provide translations. This means that the software is ‘trained’ using parallel segments of texts (phrases, sentences or chunks) in two different languages, which have been aligned. It also uses chunks of monolingual texts to ‘understand’ what the target language should look like.

Moses takes the aligned segments of texts and uses these to find the ‘correct’ translation between the two languages. In addition to using ‘syntax based translation’ (where the software recognizes that sentence structure is not the same in one language as it is in another, and therefore doesn’t simply translate the words one by one in the same order as the source), Moses extends this by using ‘factored translation’. This allows the user to add extra linguistic information to the model (from looking at the tutorial on how to do this you might need to be a bit of a whizz at coding!).

With it being open-source software it can be adapted and ‘trained’ to fit your needs.  This includes being able to ‘feed’ it quality data (reliable translations); without this the software will be no good!

I would recommend consulting the site, the many tutorials, FAQs etc. to dive deeper into the inner workings of the software and how it could work for you.

Is it any good?

Apparently so! Where as many machine translation and assisted translation tools are expensive to buy and keep updated this is a piece of software available to the masses (providing you know how to manage and develop it). According to its developers it has allowed more SMBs to access and understand the uses of Machine Translation. It is customizable, can be stored locally and can be trained with data from specific fields (e.g. a pharmaceutical company could set it up with pharmaceutical translated data only).

Its open source licensing and continued development mean Moses is becoming a popular tool within and outside of the translation industry.  The European Commission’s Europe Media Monitor (EMM) has been using the Moses machine translation system since 2009 to translate thousands of articles daily into/out of many languages. Technology providers as well as chat, forum and user review sites have also used the software.

It seems that, although it may have passed underneath my radar before now, Moses is a mature and well-established translation software, as it can be trained and customized to suit the user/industry/company it appears to be a flexible and highly useful tool.  This should mean one thing: better quality translations!