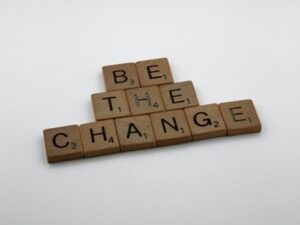 Linguistic reappropriation (also referred to as reclamation or resignification) is the process by which a word intended as a pejorative is reclaimed and redefined by the group at which the disparaging term was originally directed. There are numerous historical examples: from the Impressionists, whose name is adopted from a critical review of their artwork; to the suffragettes, which was a term originally used by a Daily Mail journalist to deride supporters of women’s right to vote.

Reappropriation is a particular type of linguistic amelioration, a semantic change in which a word’s meaning becomes more positive over time. In this case, the shift in meaning is often driven by prominent figures within the targeted group. When Hillary Clinton described some Trump supporters as a “basket of deplorables”, some of this group adopted and endorsed the phrase. In return, Trump’s description of Clinton as a “nasty woman” came to be used on Democratic campaign merchandise in a bid to harness reverse psychology for electoral success.

In a paper in the journal Colorado Research in Linguistics, Robin Brontsema describes this process as “Laying claim to the forbidden, the word as weapon is taken up and taken back by those it seeks to shackle”. The paper tackles one of the most fascinating semantic battles of recent years over the word “queer”. Originally used to describe something that was strange or odd, the term was then adopted to describe “non-normative sexuality” and came to be viewed as a highly derogatory label, primarily aimed at homosexual men. Brontsema describes how there was a move to reclaim the word in the 1990s, suggesting a reappropriation that accepted the associated stigma but sought to harness it to combat oppression.

The jury is still out in terms of how successful this semantic shift has been. Writing in 2004, Brontsema concludes “the reclamation of queer has been largely fragmented, limitedly accepted, and highly contested”. Responses to a tweet last August by @PrideInLondon reveal continuing deep divisions over the use of this word. The tweet read “As we can continue demanding queer visibility, unity and equality, we ask that the UK government declare 2022 as the Year of the Queer”. The replies divide between those in full support and those who are appalled at the adoption of what they see as an offensive slur.

Brontsema teases out three distinct goals of linguistic reappropriation, which are helpful in thinking about this process. Firstly, there is value reversal, in which the meaning of the word is changed from pejorative to neutral or positive. Secondly, neutralisation refers to diluting the potency of a term of abuse by making it sufficiently mainstream that it loses its derogatory impact (the TV show Queer Eye for the Straight Guy is a good example of this). Finally, stigma exploitation is where the pejorative meaning itself is harnessed to achieve a different effect.

The term “dyke” is another word that has undergone an ambiguous reappropriation, with some proudly self-identifying under this label alongside a continued pejorative usage. A crucial difference is whether the term is used by the “in-group” or by outsiders. Perhaps only a woman could have successfully used the term “bitch” in the way Madonna did on forty-four occasions on her album Rebel Heart, described in The Guardian as “perhaps, one of the most successful examples of reclaiming a word that exists in the dubious track record of this linguistically defiant activity.”

Brontsema suggests that linguistic reappropriation is “always a process without a clearly marked end. There is no specific final destination that can be found where all pejorative use of a word has ceded to positive use”. Words such as ‘Impressionism’ and ‘suffragette would suggest otherwise as many contemporary speakers would be unaware of the pejorative origins. A lack of clarity over whether a term is offensive or not seems to be a sign that reappropriation is still in progress rather than complete.