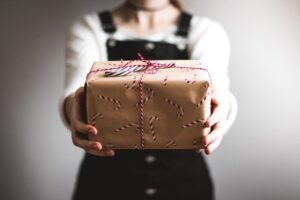 If you are anything like me, you spend October and November planning to be super organised about Christmas shopping then some kind of time warp occurs, and suddenly there are only days to go. With last-minute purchasing in mind, here is a round up of new books about language that should be popular with any linguists .

Susie Dent is a reliable source of linguist delight and certainly Britain’s best-known lexicographer thanks to her slot in ‘Dictionary Corner’ on Channel 4’s Countdown. Word Perfect was published last year, but the paperback edition is just out and has given the publisher a chance to fix the embarrassing typographic errors that blighted the first edition, causing Susie Dent to resort to lalochezia, ‘the use of swearing to alleviate stress’.

‘A wonderful book heaving with linguistic treasure’, says Edward Brooke-Hitching of this collection of words from Old English, which combines lexical curiosities with insights into early medieval life. The book gets its title from Old English wordhord, meaning ‘the collection of words and phrases that a poet may draw upon while crafting tales’. This was the first word tweeted by the author in her Old English Word of the Day project, which you can follow on Twitter.

The Dictionary of Obscure Sorrows by John Koenig
(December 2021, Simon and Schuster)

In their wisdom, the publishers are releasing this book on December 23rd, which is cutting it fine even for the least organised Christmas shopper but maybe that can add to the excitement. The book owes its origins to a Tumblr project over a decade ago, and has since evolved into a website, YouTube channel and a TED talk. Koenig coins neologisms for emotions that lack a descriptive term, offering ‘linguistic plugs for the lacunae of everyday expression’, as Eley Williams writes in The Guardian.

The Language of Thieves: The Story of Rotwelsch and One Family’s Secret History by Martin Puchner
(January 2021, Granta Books)

Rotwelsch is a secret language based on a mix of Yiddish, Hebrew and German, spoken by itinerant communities in Central Europe from the Middle Ages onwards. The language was used as a form of code, often in signs on trees, allowing travellers to warn each other about aggressive policemen and other hazards. In this book Puchner tracks the history of the language and confronts his own family’s buried connections to the Nazi Party. (Find out how the English phrase “in a pickle” can be traced back to Rotwelsch here).

The Illustrated Etymologicon: A Circular Stroll Through the Hidden Connections of the English Language by Mark Forsyth
(November 2021, Icon Books)

As the author confesses, ‘Occasionally people make the mistake of asking me where a word comes from. They never make this mistake twice’. If this sounds like someone you know, this book is guaranteed to keep them entertained over Christmas. Although there is a serious risk they will insist on exclaiming “Wow, did you know … “, before quoting extensive sections.