BBC’s Law in Action programme recently described an interesting linguistic quirk in Scottish law, which is currently under scrutiny. Under Scots law, jury trials can issue one of three verdicts; the defendant can be convicted (found “guilty”), or alternatively they can be acquitted in one of two ways (“not guilty”, or “not proven”). The two types of acquittal arose for historical reasons. In the late 17th century, Scottish juries were simply required to evaluate the facts of each case and declare them “proven” or “not proven”, it was then down to the judge to determine whether the accused was guilty or not.

During the 18th century, Scottish juries began to assert their right to issue a verdict for the overall case and not simply the facts presented. So, for example, the facts might show that the accused had killed someone, but if the jury believed this was unintentional, they could choose to issue a “not guilty” verdict rather than stating “proven” and relying on the judge’s discretion to get the overall verdict right. Precisely this situation arose in a famous case in 1728 involving the alleged murder of the Earl of Strathmore by James Carnegie. The jury’s “not guilty” verdict became a landmark decision and ever since then Scottish juries have retained two acquittal options. 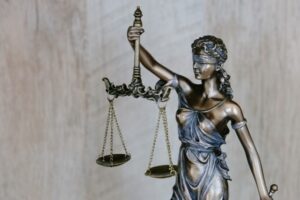 What is interesting from a linguistic perspective is the way the phrasing of the two acquittal options may be influencing jury’s decisions, particularly in cases involving sexual violence. Although there is no legal distinction between “not proven” and “not guilty” (both involve the defendant being acquitted), in practice, jurors may be opting to use “not proven” to indicate a suspicion of guilt where they feel there is insufficient evidence to convict. In rape cases, some organisations believe there would be more convictions if the “not proven” option was removed.

This theory has been tested using mock juries, where one group were given the option of three verdicts (guilty, not guilty, or not proven) and another group were required to choose between two options (guilty or not guilty). The results showed that the second group gave a greater proportion of guilty verdicts when presented with the same evidence as the group with the additional “not proven” option.

Recordings of the deliberations by these mock juries shed further light on the meanings being attached to the “not proven” verdict. Researchers found in some cases it was being used as a compromise option in the event of the jury being split. In other cases, jurors seemed to be interpreting “not proven” as effectively indicating guilt where the evidence was not strong enough to support a conviction. This is largely in line with the law as it would result in an acquittal where there is not enough evidence to prove guilt beyond reasonable doubt. However, some politicians and pressure groups have argued that “not proven” can then be interpreted as a stain on the character of the accused.

In the absence of any legal definition of the distinction between “not proven” and “not guilty”, jurors seem to be coming up with their own interpretations. It certainly seems odd in a domain as precise as the law to have two contrasting wordings for what is effectively the same outcome.