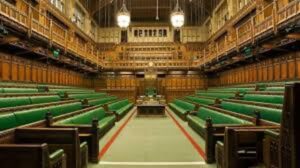 An interesting linguistic debate has been raging over the gender-neutral drafting of the UK government’s “Ministerial and Other Maternity Allowances” (MOMA) bill, which is being rushed through parliament because attorney general Suella Braverman is currently pregnant and her party want the new maternity provisions in place before she gives birth (in a matter of weeks at the time of writing).

The initial draft of the bill submitted for approval to the House of Commons was written using entirely gender-neutral language, referring to the “pregnant person” and avoiding any reference to “woman” or “mother”. The government argued that this was in line with parliamentary guidelines on gender-neutral drafting, introduced by Jack Straw in 2007, which overturned the previous convention, set out in section 6 of the Interpretation Act 1978, under which “words referring to the masculine gender include the feminine.” Straw’s guidance meant male pronouns would no longer be used to include women and words such as “chairman” would not be acceptable as the default for everyone.

Those objecting to the phrasing of the MOMA bill insisted that this gender-neutral drafting guidance was never intended to remove all references to a specific sex category in cases where only men or women were concerned. The backdrop to this objection is unquestionably a broader cultural debate around the use of words like “woman” where this might exclude transgender people. Recent examples have included cervical screening campaigns targeting “cervix havers” and childbirth organisations referring to “the birthing parent”. Some have decried this new terminology as dehumanising, potentially confusing and tantamount to the erasure of women as a sex class, others have applauded the inclusivity and support for the trans community.

But back to the MOMA bill. A quiet ripple of disapproval regarding the phrasing was heard during its reading in the House of Commons, but it was nonetheless approved and proceeded to the Lords. This is where the linguistic wrangling really took off. Resistance to “progressive” language has often come primarily from conservative quarters, however, that was not the case here. Opposition to the gender-neutral wording came from peers on both sides of the House. Lord Hunt (Labour) pointed out that during the Commons debate on the bill, the word “woman” was said on over 300 occasions. So why was it entirely absent from this bill with its specific focus on maternity rights?

The Lords voted in favour of an amendment to alter the wording to use “mother/expectant mother” rather than “person” and this was ultimately accepted by the government. Baroness Fox describes intense negotiations behind the scenes, saying “it took quite a fight with a reluctant government to get that”. It was also suggested that using the word “woman” was a bridge too far for the government. Indeed, it is possible that the compromise using “mother” was facilitated by a recent legal ruling which rejected the request by a trans man to be registered as the father on the birth certificate of the child he had given birth to. In April 2020, Freddy McConnell lost his final appeal to the UK Supreme Court, which upheld the earlier High Court ruling that a person who carries and gives birth to a baby is legally a mother, even if that person is in possession of a Gender Recognition Certificate recording their legal sex as male.

One thing is certain, the speed at which this linguistic shift has occurred is breathtaking. A time traveller from within the last decade would likely be baffled at the BBC headline summarising the maternity bill case: “Government agrees to call pregnant people mothers”. I wonder what someone jetting back from 2030 might make of the whole affair.

And let me tell you it took quite a fight with a very reluctant government to get that!