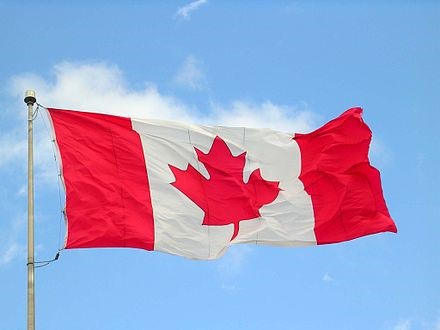 On the 1st of July every year Canada Day is celebrated by the 36 million Canadians in Canada and around the world who call this vast land home.  Though the land we know as Canada today has been inhabited for many centuries by aboriginal people, the country called Canada is relatively new, less than 150 years old in fact. And, even though it shares a border with the USA, you must not confuse a Canadian with an American. Be Canadian, speak Canadian!

Having spent a lot of time in Canada and speaking regularly with Canadian friends in eastern provinces, I have become more accustomed to being able to tell the Canadian and the American accent apart. Not only do the inhabitants of the moose and maple-loving nation have more of an Irish or Scottish lilt in some areas (thanks to their Gaelic ancestors), as well as the ‘funny’ French accent in Quebec, Montreal and surrounding areas, but their vocabulary and slang sets them apart.

As a British English speaker watching the myriad of US television programmes that flood our screens, I’m well aware of the different variations in American English: sidewalk for pavement, trunk instead of boot, faucet not tap etc. In Canada, however, there are words that are not so commonly known.  The first thing noticeable when talking with a Canadian is that they are likely to add on the suffix  ‘eh’ at the end of’ a sentence; ‘That’s a nice hat you’re wearing, eh!’ Oh, except if you’re wearing a ‘beanie hat’ (a woollen knitted hat one might wear to keep one’s ears warm) then they’re likely to call it a toque (pronounced ‘tuke’).

Don’t be offended if someone asks you for homo milk. They’re not being homophobic, simply asking you for some homogenized whole milk. You may be confused when a shopkeeper asks for a loonie or a toonie, well let me explain… a loonie is a 1 dollar coin (as the national bird, the common loon, appears on it) and a toonie a two dollar coin (just because it rhymes with loonie!).

Though Starbucks, a creation of the USA, is a common sight worldwide, Tim Horton’s is the best-known Canadian coffee shop; Timbits and a double-double are national favourites.  Not sure what you’re ordering? Timbits are small donut pieces, and a double- double is a coffee served with two creams and two sugars. A calorific delight!

Talking of calories, how about some poutine? No it’s not a rude word, but a Quebecois invention of fries covered in cheese curds and gravy. Tasty! And why not wash it down with a Bloody Caesar? A Bloody Mary reinvented, using Clamato juice (clam flavoured tomato juice).

So, whilst some Canadians had a little difficulty understanding my accent and my terms for things, it was often mutual, though I tried hard not to be too sookie (sulky) when I had to explain what I meant. So if you’re planning a visit to Canada, try and find out more aboot the language, ways of life and laws of the Canucks, else the Mounties might lock you away!