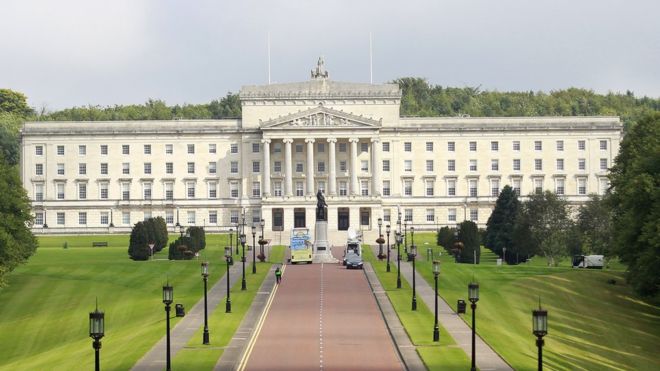 It is over a year now since the Northern Ireland power-sharing agreement collapsed in January 2017 with Sinn Fein’s withdrawal from cooperation with the DUP. The original source of the disagreement was the alleged involvement of DUP leader Arlene Foster in the ‘cash for ash scandal’, the botched renewable heat incentive scheme which ended up costing Northern Ireland taxpayers hundreds of millions of pounds. Things have moved on in the months since the agreement broke down, and the issues which stand in the way of a renewed power-sharing arrangement at Stormont are very different to those which caused its original collapse. One of the key areas of disagreement now revolves around the status of the Irish language.

Sinn Fein argue that Northern Ireland needs legislation akin to that in place in Wales and Scotland to protect the rights of Irish speakers. The DUP is opposed to any such move, arguing that this would confer unfair special privileges on Irish speakers. The sticking point here is that language in Northern Ireland is a hugely divisive issue. Some might even argue that Sinn Fein have deliberately chosen to make demands for an Irish Language Act which they are fully aware will cause dissent among unionist ranks. An opinion piece in the Guardian suggests that Sinn Fein’s main goal was “to antagonise unionists” and that “unionists have duly been antagonised”.

Sinn Fein no doubt would counter that they are merely asking for Irish language speakers to be granted rights which are regarded as a matter of course to the Welsh and Scots Gaelic communities. What is slightly different in the Northern Ireland scenario is that the Irish language is spoken by a very tiny minority of the country’s population, with an estimated 0.2% citing it as their main language. Admittedly the figures for Scots Gaelic are only slightly higher at 1.1% of the population (concentrated mostly in the Outer Hebrides). In Wales, however, the most recent data suggests that 21.7% of the population speak Welsh.

The other key difference is the political significance of the languages in these different communities. Welsh is simply the language spoken by one in five people and, while Scots Gaelic has a tiny number of speakers, it isn’t perceived as a divisive issue by the rest of the population. In Northern Ireland, on the other hand, the Irish language brings with it a certain amount of contentious baggage. The prospect of introducing bilingual road signs into the fraught and very divided communities in Northern Ireland is a very different matter from the ubiquitous bilingual signage in Wales.

The scale of the impasse is evident from the latest statements from both the main political parties. In February Arlene Foster entrenched her position, saying, “There won’t be a stand-alone Irish Language Act – we have always made that very clear, people aren’t going to be forced to learn Irish, there isn’t going to be Irish compulsory in schools, there’s not going to be bilingual signs or quotas in the civil service,”. Meanwhile Sinn Fein’s Conor Murphy also confirmed their view, “However they want to describe it, the DUP know that agreement requires an Acht Gaeilge”. There certainly seems to be no imminent end to the linguistic (and other) wrangling in sight in Northern Ireland.