Everyone makes mistakes. Even translators. I will admit there is a certain pleasure in seeing how a translation error can take on a life of its own, sometimes even becoming the preferred phrasing or vocabulary choice. The use… Read More 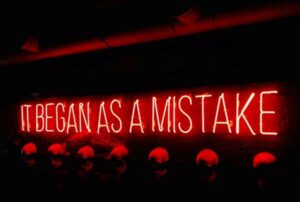 Everyone makes mistakes. Even translators. I will admit there is a certain pleasure in seeing how a translation error can take on a life of its own, sometimes even becoming the preferred phrasing or vocabulary choice. The use of shared glossaries can exacerbate this problem – the client will emphasise the importance of adhering to the glossary, and translators are sometimes reluctant to question the gospel, as if it is set in stone and not created by fallible human beings.

Technical translations are particularly prone to these errors because translators inevitably end up working on documents in domains where they are not completely familiar with the preferred vocabulary in their target language. I recently worked on a marketing document that included technical descriptions of different light sources. The German text contained frequent references to the term “Halbstreuwinkel”, which consists literally of the words “half” + “scatter” + “angle”. The online dictionary at dict.cc suggests “half beam angle” or “half-peak angle”. A Google search for the term “light” and the specific phrase “half beam angle” throws up a helpful looking definition using this phrase. But closer inspection reveals the definition is from a website for a German lighting company, and that should always be a red flag to the curious translator.

Further investigation took me to a thread on one of the Control Booth forums aimed at technical theatre and live entertainment, where a mystified user was asking “what is a half peak angle? […] I am familiar with beam angle and field angle”. Another forum user suggests “I’m pretty sure they just ‘invented’ that term to mean beam angle… Accurate in description but confusing to those who actually know the more classic terminology.” Other forum users are more generous and suggest the terms “half peak angle” or “half beam angle” are commonly used in the UK and Europe.

I can’t prove it, but my own suspicion is that the phrases including the word “half” may have snuck into English via translations, because it certainly seems as though the simple term “beam angle” is far more common on authentically UK English sites. Although the “beam angle” strictly refers to the angle at which the light is distributed or emitted, in lighting terminology it seems to be used as a shorthand for the zone up to the point where the output falls off to 50%. In other words, the “Halbstreuwinkel”.

All of which is mighty confusing to the non-specialist, and a nice demonstration of how easy it is to get things wrong. So, what is the translator to do? The classic online search is probably the first strategy, but you need to look at the results intelligently. How many hits do you get for the different options? More importantly, where are those hits are coming from? If they are mostly from translated websites or online dictionaries, something is probably amiss. Try to find sites written by experts in your target language – if they are using a particular term, it’s a good bet you’ve got it right.

Finally, there is the “phone a friend” option. Early in my translation career I worked on a piece involving technical electrical descriptions. I checked my translation choices with an electrician friend, including the phrase to “chase the wiring”, when referring to running electrical cables under flooring or in the walls. On that occasion, the reviewer rejected my choice, changing it to a more generic option that my electrician friend was totally unimpressed with! It was an important lesson – even reviewers don’t necessarily get this stuff right!