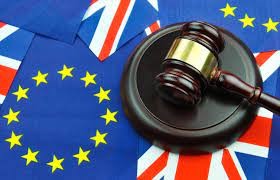 Recently this blog took a brief tour of three different approaches to interpreting legal meaning in English law. These strategies range from literal interpretations to broader interpretations aimed at avoiding absurd legal results, and an even freer approach to statutory interpretation allowing judges to effectively plug gaps in the Acts laid down by Parliament. The latter approach is referred to as the mischief rule, which was established in a legal ruling in the late 16th century, stating that the court’s task is to suppress the mischief the Act is aimed at and advance the remedy. This gives judges a certain amount of discretion and requires them to consider the original purpose of the law when interpreting its meaning.

Here we will examine a subtly different approach to legal interpretation known as the ‘purposive approach’, which is favoured in the European courts. This interpretative strategy also requires judges to examine the purpose or intention of the lawmakers. In this sense, it has similarities to both the mischief rule and golden rule in English law. But the purposive approach goes further than either of these approaches, allowing the courts to look at legislation in a broader context to interpret its meaning.

This is the preferred approach in the Court of Justice of the European Union (CJEU) and there are several reasons for this. Firstly, the use of multiple languages and translated legal texts in the EU legal system preclude reliance on a literal approach. Secondly, EU law often uses terminology that is not found at a national level, and legal directives may be drafted in a generic style to allow for interpretation by legislation passed in individual Member States. The CJEU sums up its interpretive approach in van Gend en Loos, stating ‘‘it is necessary to consider the spirit, the general scheme and the wording’.

In the UK, if a law to be interpreted is based on European law, the English courts have been required to interpret it using the purposive approach. And increasingly, judges have also applied this approach to domestic legislation. An oft cited example is R v Registrar-General, ex parte Smith (1990). In this case, Smith made an application to obtain his birth certificate, which was entirely legal and correct under the terms set out in the UK’s Adoption Act 1976. However, Smith had been convicted of two murders, and psychiatrists argued that he could pose a risk to his natural mother if her identity was disclosed. Contrary to the plain language of the Act, the judges ruled that Parliament could not have intended for such a risk to arise, and Smith was denied access to his birth certificate.