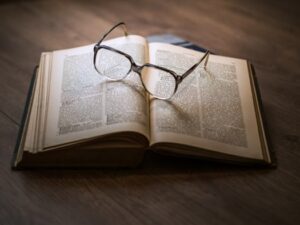 The idea that someone might adhere to the letter of the law while violating its spirit is an acknowledgement that there is room for manoeuvre when it comes to interpreting legislation. Indeed, this principle is enshrined in different approaches to interpreting the rules set out in Acts of Parliament and other statutes. Law libraries stock weighty books the size of doorsteps dedicated to exploring this topic in depth, but here we take a lightning tour of the three rules developed in English law to describe the basic approaches to statutory interpretation: the literal rule, golden rule and mischief rule.

The literal rule does what it says on the tin – the judge considers what the law says rather than what it might mean. Words are given their plain, ordinary, everyday meaning. As Lord Esher said in R v Judge of the City of London Court (1892), ‘If the words of an act are clear then you must follow them even though they lead to a manifest absurdity’. This rule is still the starting point for statutory interpretation, based on the principle that the intention of Parliament is best found in the ordinary, natural meaning of the words used to formulate the legislation.

Lord Esher’s conclusion that a literal interpretation might lead to a ‘manifest absurdity’ gives us the rationale for the golden rule, which seeks to avoid such an outcome. There are different views on how far it is permissible to veer from the original legislative wording. Lord Reid suggests very limited scope for statutory interpretation in Jones v DPP (1962), ‘If [the words in a statutory provision] are capable of more than one meaning, then you can choose between those meanings, but beyond this you cannot go’. A broader approach to the golden rule is exemplified by the case of a son who murdered his mother and then committed suicide (Re Sigsworth (1935)). A strict interpretation of the law would have seen him, and thus his descendants, inherit her estate as next of kin. The court held that a murderer (and his descendants) should not profit from a crime. This golden rule interpretation was subsequently enshrined in law in the Forfeiture Act 1982.

The final rule for statutory interpretation offers judges even greater discretion, allowing them to identify potential gaps in existing legislation and interpret the relevant Act so as to cover the gap. This is known as the mischief rule and was first set out in Heydon’s Case (1584). This ruling makes it very clear that the interpretation must be closely tied to the problem that Parliament was seeking to resolve. Judges must consider three factors: (i) what the law was before the relevant Act was passed, (ii) what mischief (problem) the Act was seeking to remedy, (iii) what solution the Act was intended to provide. Or, as the original Heydon ruling stated rather more poetically ‘What remedy the Parliament hath resolved and appointed to cure the disease of the commonwealth.’

In Royal College of Nursing v DHSS (1981) the mischief rule was applied in the judges’ majority decision that abortion procedures carried out by nurses were lawful, even though nurses did not strictly qualify as ‘registered medical practitioners’ as set out in the Abortion Act 1967. The judges determined that the aim of the Act was to prevent illegal abortions and, as such, the failure to specifically cite nurses as being qualified to carry out these procedures could be regarded as a gap in the legislation.