“Conflict is inevitable, but combat is optional”, as US pastor Max Lucado puts it. Humans may be bound to disagree, but the manner in which they do so and the consequences of having diverging opinions are within our control. So, this week’s blog explores some of the language that has evolved around dissent and arguments. 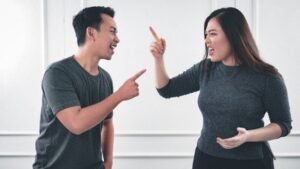 It’s always easier to spot the flaws in your opponent’s reasoning than in your own, so it shouldn’t take you long to find examples of what Derrida coined “kettle logic” (la logique du chaudron) which involves deploying multiple inconsistent arguments to defend a particular point. The kettle reference is to a story related by Freud, in which a man is accused of returning a borrowed kettle in a damaged state. The arguments offered in the man’s defence are that he returned the kettle undamaged, that it was already damaged when he borrowed it, and that he never borrowed it in the first place. Although contradictory, these statements are presented together as if the inconsistencies did not exist. Only one of the arguments needs to be true for the accused man to be found innocent.

The notion of multiple potential defences is enshrined in US law in the form of “alternative pleading”, however the alternate pleas are not necessarily logically inconsistent. It is difficult to imagine a jury being sympathetic to totally contradictory statements, but outside the court of law, it is a technique that can meet with surprising success. Bart Simpson famously deployed this strategy in his claim “I didn’t do it. Nobody saw me do it. There’s no way to prove anything”.

The technique of using multiple arguments to overwhelm an opponent, particularly in a live debate, is a strategy that has been exquisitely named the Gish gallop (after the confrontational style of creationist Duane Gish). This technique involves confronting your opponent “with a rapid series of many specious arguments, half-truths, and misrepresentations in a short space of time, which makes it impossible for the opponent to refute all of them”.

This rhetorical technique shares certain characteristics with the propaganda style dubbed the “firehose of falsehood” or “firehosing”, where messages are repeated using multiple channels (most recently deploying the internet and social media) to take advantage of the fact that people are more likely to believe a story if they hear it from multiple sources. The post-truth, fake-news era is rife with examples of firehosing, but awareness of this phenomenon goes back almost half a century. A 1977 study provided empirical evidence of what the researchers described as the “illusory truth effect”, or the tendency to believe false information after repeated exposure.

Possibly the most heated arguments of all happen online, where antagonists are at one remove and can launch their offensives from behind their keyboard or touchscreen. Here we see a special version of the Gish gallop, referred to as sealioning, in which the questioner repeatedly pesters their opponent with apparently sincere and reasonable questions, forcing them to repeatedly defend themselves and responding to each new good-faith explanation with more questions. The term comes from a cartoon by David Malki. But read it closely – the supposedly malevolent sea lion only enters the debate in the first place having been directly maligned, admittedly in a conversation that was potentially private. It is not clear here who is the bad guy – the sea lion for insistently pestering the innocent couple, or the woman involved for slandering sea lions in the first place. Let’s leave the final word to philosopher Michel de Montaigne, “He who establishes his argument by noise and command shows that his reason is weak.”