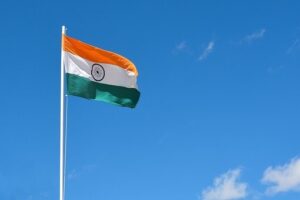 Recently this blog looked at updates to English language requirements to facilitate recruitment of medical professionals to the UK from overseas. In India, the government has also been attempting to address linguistic barriers to the medical profession by offering medical degrees in Hindi for the first time. Until now, medicine in India has been taught through the medium of English and the lack of relevant Hindi vocabulary has required teams of translators to devise appropriate specialist medical terms for use in the new textbooks to accompany the degree course.

Indian prime minister Narendra Modi has spoken passionately about facilitating access to technical and medical professions for those who might not be fluent in English. His argument is that these changes are rooted in the quest for greater social equality, “We aim to ensure that the children of poor parents become doctors and engineers even if they are not educated in English.”

The Hindi medical degree is set to be introduced in the state of Madhya Pradesh, with Chief Minister Shivraj Singh Chouhan describing this as a way to “break the shackles” of the English language.

The problem for the Indian government is that other regions, where Hindi is not so widely spoken, have been less enthusiastic about what they see as a move to impose Hindi as the main language of instruction in higher education. This disagreement has its roots in the 1950 Indian constitution, which originally envisaged the gradual phasing out of English in favour of Hindi over the next fifteen years. Opposition from non-Hindi speaking regions resulted in the introduction of the Official Languages Act in 1963, which allowed for the continued use of English alongside Hindi beyond 1965. The tussle over the status of Hindi continues today with many non-Hindi speakers suspicious of government moves that might grant this language special status over less widely spoken languages. India’s constitution lists 22 regional languages, and this diversity has made official language policies a recurring political controversy.

Although the Committee of Parliament on Official Language has suggested that local languages be given preference over English, the dominance of Hindi means that in practice this language may be given special status in the committee’s proposals for the country’s higher education system. In an article in University World News, a minister from the southern state of Telangana, Rama Rao, summarises the concerns of non-Hindi speakers, saying “India does NOT have a national language and Hindi is one among the many official languages. To impose Hindi […] is flouting the federal spirit.”

Claims by the Indian government that their language policies are aimed at the broader promotion of all India’s regional languages are somewhat undermined by dictums such as the recent instruction to civil servants in the Indian state of Maharashtra to avoid the English greeting “hello”. Instead, government employees are told they must use the greeting “vande mataram”, a phrase with origins in a national song which “deifies the country as a Hindu goddess” according to an article in The Times. Disagreements over the “Hinduisation” of public life look set to continue, with language playing a key role.