Language borrowing involves a fascinating process as words transition from having an unmistakably foreign status when they are initially imported to eventually being very much part of the target language. Sometimes this involves adapting the pronunciation or spelling of the loan word to bring it in line with the native language, and this blog previously discussed how this affects the use of foreign diacritics on English loanwords as they are gradually anglicized. Some people are sticklers for correct accent use, others are more worried about appearing pretentious, and sometimes the process goes horribly wrong, and accents are flung about with wild abandon, ending up in places the original language would never have dreamed of putting them. These “hyperforeignisms” do not just apply to accents, other loanword features are also sometimes misapplied by speakers of the borrowing language. 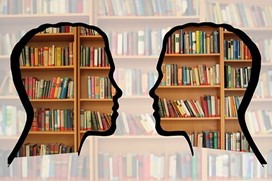 A common mistake is where the spelling or pronunciation rules from one language are applied to a loanword from an entirely different language. For example, Italian bruschetta is often pronounced with a [ʃ] rather than the correct [sk], presumably applying the rules for the German pronunciation of ‘sch’. I’ve sometimes wondered if the same applies for the ‘z’ in chorizo, often pronounced with a Germanic style [ts] rather than Spanish /s/ or /th/ or at very least a properly anglicised /z/, but Wikipedia suspects this influence is from the Italian double letter ‘zz’.

Another frequent hyperforeignism is when the original language’s own rules are incorrectly applied to an exported loanword. Since final consonants are often silent in French, the same principle is sometimes mistakenly applied to drop the final ‘s’ on the phrase coup de grâce or the soup Vichyssoise.

Unsurprisingly, foreign language gender rules cause all sorts of confusion for English-language speakers. So, the generic barista has been hypercorrected to baristo by adding a ‘male’ ending which is not required in Italian.

English linguist and translator Peter Harvey gives a nice account of a case where the Spanish tendency to add an intrusive ‘e’ to English loanwords beginning with ‘s[consonant]’ is incorrectly hypercorrected to remove the vowel. He cites the Spanish newspaper El Pais printing the word ‘stablishment’. Here the correct ‘e’ has presumably been mistaken for a Hispanicized intrusive ‘e’ and chopped off accordingly. The very definition of overthinking things!

Invented hyperforeignisms are also a great way to poke gentle fun at people with delusions of grandeur. The US retailer Target is sometimes given a mock French pronunciation /tɑːrˈʒeɪ/ as if it was an upmarket boutique. The fashion retailer Primark gets a similar mocking upgrade in the UK to Primarché or even Primarni (a portmanteau with Armani, referencing designer-style clothes at knock-down prices). Meanwhile, British chef Nigella Lawson caused a storm with her pseudo-French pronunciation of /mi:krowa:veɪ/, which is funny precisely because of the contrast between gourmet French cuisine and the microwave’s association with ready meals and junk food. My brother has a friend who Italianises “All Bar One” to create the magnificent Albaroni. The hyperforeignism comic genre is a rich one, and the key to success seems to be the greatest possible disjunct between the original word and its foreignized variant.