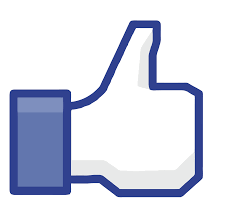 We’ve discussed in several previous posts about the perils of auto translation, machine translation, the delights of Google Translate and so on. We have also looked at what poor translations cost to businesses and individuals, and have even highlighted some particularly bad examples that major corporations have fallen foul of (see this post for some advertising howlers). It seems like machine translation is firmly here to stay despite its unreliability, but perhaps one day it will become more ‘intelligent’ and auto translation software may actually learn from mistakes, just as humans do. Facebook certainly seems to think so…

We’ve previously talked about Google Translate and other tools that work on a basis of statistical machine translation. Whereby a database is ‘fed’ pre-translated words, phrases and chunks of texts that have been previously aligned. When you use a tool such as Google Translate the tool searches though this database of texts and uses statistical analysis to suggest the most likely translation to you, the user. It is not always grammatically or syntactically correct (who needs grammar right?!) and struggles with idiom and metaphor, but you can usually get the gist of whatever you have asked Google to translate for you.

Facebook is taking a different approach to translation technology, as they feel that statistical machine translation is outdated and the results are too clunky. Instead they are going down the route of artificial neural networks (ANN). Structured like the human brain, the networks use a complex series of algorithms to select the best translation. Not only that, but an ANN may actually learn things like metaphor, specific to any given language, and provide the right translation and meaning of that metaphor for the target language (as opposed to a direct literal translation). A true example of Artificial Intelligence!

Facebook researchers are digging deep into AI, ANN and what this means for language translation. They are investigating – and investing- into ‘deep learning’ and creating applications that can translate into natural language. For any translation tool a huge database of text is needed. What does Facebook (and Google for that matter) have at its disposal? Huge amounts of text/data! More specifically, Facebook actually has access to real world conversations, current language and insight into how people communicate with one another in the current climate, whatever and wherever that might be. From the billions of daily posts they have a veritable source of colloquialisms and idiomatic phrases for the software to learn from.

Alan Packer, Director of Engineering for Language Technology at Facebook (nifty title!) explained at the MIT Technology Review EmTech Digital Conference earlier this year about ANN and how Facebook is using this for translation technology.  He explains that his team’s goal is to take AI technologies, such as machine translation, speech recognition and natural language understanding and applying these to Facebook products.

His 15 minute talk at the conference is really interesting (you can watch the video recording here). He explains that, for Facebook, investment into his team and their research is important in facing the two common trends of our current society (ubiquitous access to the internet and knowledge of the world, and the international nature of the content available). He is particularly interested in bridging the disconnect between the language of available content (heavily geared towards English) and the language the users of Facebook actually speak (of the 1.6 billion active users about half do not speak English).

Having previously tried open source or third party machine translation tools to help with the translating of the billion or so Facebook posts everyday, the team decided to build their own, primarily because of the nature of the language found on Facebook  (colloquialisms, slang, abbreviated text – e.g. C U L8R – and so on). Informal language that is a far cry from the academic corpora that much machine translation software is built on.

In terms of using ANN the team’s research is showing promising results and they aim to deploy the systems on Facebook by the end of 2016.  So watch this space!

Beyond that, Packer and his team have many visions of what the future of language technology, specifically at Facebook, holds: understanding language, intelligent dialogue and translations. The data available and the real life cases of language use available on Facebook are invaluable to the researchers and the building of a fully functioning and intelligent ANN. Soon, the 800 million Facebook users (according to Packer’s statistics) who currently see translations every month will be seeing a virtual living and breathing tool in action.