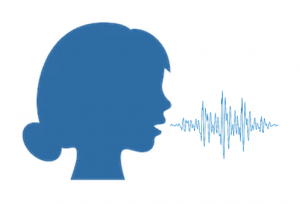 Vocal fry has been my latest experience of frequency illusion, or the Baader-Meinhof phenomenon, as it is sometimes known. In other words, the experience of learning about something new then encountering references to it absolutely everywhere. Maybe this blog post will trigger a similar experience for you.

Anyway, back to vocal fry, which I somehow missed the memo on, despite having a PhD in phonetics and an interest in speech characteristics. The term is used to describe a low-pitched vocal register with a characteristic rough, creaking sound. It is produced by means of a loose glottal closure so that the vocal folds form a large, irregularly vibrating mass with air passing through slowly to create the distinctive popping or creaking sound.

One reason this vocal style passed me by is that it has predominantly been adopted by younger speakers, particularly in America. A study in the journal American Speech examines the prevalence of the register among American females, American males and Japanese females. The author also addresses the sociolinguistic significance of the register as used by female speakers, where it is said to be interpreted as “hesitant, nonaggressive, and informal but also educated, urban-oriented, and upwardly mobile.”

Much of the discussion around the prevalence of vocal fry suggests it is a register adopted particularly by young women. But an article in the Journal of the Acoustical Society of America looking at spontaneous speech found more vocal fry for men than women.

So why has female fry attracted so much more attention? It’s possible that vocal fry is more noticeable in female speech because it involves descending to a pitch that is much lower than the standard register. But you also wonder if women simply can’t win. An article in Slate back in 2013 highlights how women are criticised for their use of up-talk (rising intonation at the end of sentences) and now are equally being derided for their use of a lower register. Even the feminists are at it, with Naomi Wolf instructing young women to “give up the vocal fry” while bemoaning the “current trend for undermining female voice”.

Speech patterns are certainly influenced by social mirroring, so it should hardly be surprising if young people, in particular, are picking up vocal styles from each other and from current high-profile celebrities. These registers may also seem incongruous or unnatural to the older listener. But if linguists know one thing for sure, language and speech styles are constantly evolving so maybe vocal fry is the future.