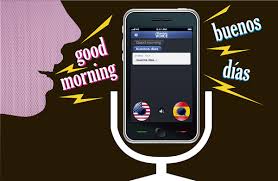 In our past 2 posts we’ve looked at the good and bad points of Google Translate. 10 years down the line it is undoubtedly helping many people with their language quandaries. That said, it’s important to look at the flip side of the coin: are we becoming too reliant on technology for our languages? Here I will give you my thoughts on the matter…

As a young child I was fortunate to live in France and learned French from the age of 6. From then on French was, and always will be, a large part of who I am and my daily life. At school I studied French, German and Latin, later on in life Japanese, and most recently Spanish. Languages are an integral part of my identity and my short history on earth. I have many dictionaries, the paper varieties mainly but I was heavily reliant on an electronic Japanese dictionary during my studies in Kyoto. As part of my language studies, the history and culture of the language were always a main focus of interest; particularly how we acquire language, how language has helped foster certain cultures, traditions and identities and, importantly, the history of language.

I say all of this because it is only recently that I have started using tools such as Google Translate. I am, however, certainly not dependent upon them, and have ways to deal when faced with different languages. Nevertheless, it has got me thinking about the current generation of young people and those to come, learning languages and what will be the norm for them. My 3-year old nephew already has his own iPad, has been able to order items from eBay (unbeknownst to his mum at the time!) and is proficient at finding his favourite shows on Amazon Prime. His is a generation of tech heads, learning to use an iPhone before they can even read or write.

Parallels could be drawn from my generation and the proliferated use of the pocket calculator; it is highly likely few of us are very proficient at mental arithmetic (I’m ashamed to say I’m not the best at it!). Perhaps, with the promulgation of apps such as Google Translate or iTranslate, or even language learning apps such as Duolingo, the younger generations will no longer have the same exposure to language learning and interest in language history as a lot of us do now. What I am concerned about is that translation is right at our fingertips; at the simple tap of a button we have a translated version of a phrase or image. Little thought is put into how that translation has been created or why the words are what they are. There is little motivation to learn a language if we have translation and interpreting tools to do it for us.

It’s common knowledge that language learning has decreased in UK schools, some universities have stopped offering language degrees and overall language learning has seen a drastic slump. Pupils, students and adults alike are more often than not monolingual and using tools such as Google Translate as their language crutch.

As such students, perhaps, who may have ordinarily had human interaction with native speakers, learning the language but also about their culture, background and country, now only have a one-dimensional relationship with their computer screen. How can they possibly learn all the idiosyncrasies and idiomatic nuances of a language through a tool? It’s not possible! And it’s not only that. How will they become interested in the past? Why do words mean what they do? Where did they come from? The study of language, ancient languages and etymology is all interlinked. The study of an historic text will not only reveal changes in language, sentence structure and grammar, but will also uncover details of the culture and ways of life at the time of its writing.

Its sad to think that in creating a piece of technology to make our lives easier, we are, in fact, encouraging a whole area of study to disappear. Making your brain work to figure out a translation or to learn a few words in another language can only be a good thing, and I can only encourage people, whatever their age, to do so. The good news is my nephew loves books, and his grandma is making sure there are several French books in the mix. It may not be Flaubert or Baudelaire, but ‘Oui Oui’ (that’s Noddy to you or I) will go a long way to helping him learn about another language. 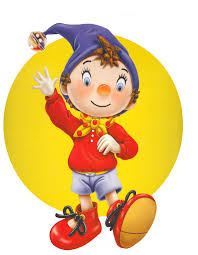