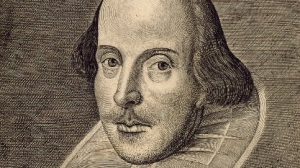 In 2002 David and Ben Crystal published “Shakespeare’s words: a glossary and language companion”, a detailed linguistic analysis of Shakespeare’s texts, giving up-to-date definitions of vocabulary and links to source quotations. Professor Jonathan Bate praised the book as “the most comprehensive guide to Shakespeare’s astonishing linguistic inventiveness”. The book was hugely successful and clearly provided information that was keenly sought both by professionals in the theatre domain and by amateur Shakespeare lovers. Specifically, it provides a huge amount of information on Shakespeare’s vocabulary and pronunciation.

In an article in Portico, the UCL alumni magazine, David Crystal acknowledges the limitations of the book project and explains how this led to the development of an online searchable resource, which has recently been upgraded at https://www.shakespeareswords.com. David Crystal undertook the initial linguistic research for this tool by reading every Shakespeare play and highlighting words he felt a modern audience might not understand. His son Ben, who is an actor, did the same and the result is an extensive database of definitions with links to Shakespeare’s plays.

The simple search tool brings up a list of all instances where a word is used in the Shakespearean canon. You can also search for parts of words and for phrases. There is an advanced search tool that enables you to restrict your search to the plays or poems, for instance, or you can focus on a specific play or a character within a play. The glossary takes you to definitions for words that no longer exist in Modern English or that have changed their meaning, and the information includes original and modern spellings.  Another feature offered by the site is a visualisation of the relationship between all the characters in a play. You can then click on a particular character to see all their relevant spoken lines.

The website is a linguistic treasure trove for anyone who wants to find out more about Shakespearean language. And it is about to get an additional feature reflecting the current interest in original pronunciation (OP). The field of historical phonology has allowed linguists to make reasonably confident judgments about how people would have spoken in Shakespeare’s time. Work is currently underway to record audio for every single word in the glossary at the Crystals’ site. This will be hugely helpful for people staging productions using OP and there are many benefits to this approach. Rhymes and puns that may not work when using modern pronunciation make sense again in OP. It has also often been noted that American pronunciation is closer to Shakespearean English than modern British English, so the trend for OP theatre productions may prove particularly popular in the USA.