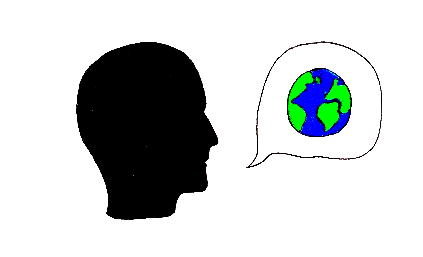 We naturally assume that being a native speaker brings advantages in terms of being able to communicate clearly. Native English speakers, in particular, often feel that their prowess in a global language gives them a straightforward channel of communication to business colleagues all around the world. But a recent conversation with a London-based friend who works for an international law firm and who spends extended periods working in their Asian offices made me reflect that perhaps things are not so simple.

My English speaking friend had never imagined that her spoken language was anything other than crystal clear and easy to understand, particularly when compared to the sometimes heavily accented and grammatically imperfect speech of some of her non-native English speaking colleagues. So imagine her surprise when one of these colleagues took her aside to explain that several of the Asia-based team had declared that they couldn’t understand most of what she was saying. For the record my friend’s English tends towards the formal RP-variety, akin to what you might describe as the Queen’s English!

So what was it about this native English speaker that was so hard for the Asia-based team to understand? On closer questioning the second-language English speakers hesitantly revealed that it sounded to them as though my friend was mumbling, swallowing her words and generally failing to enunciate clearly. Now maybe this was true, but it didn’t really chime with her own (or my) perceptions of her speech. So she dug a bit deeper. Her colleagues suggested she opened her mouth a bit wider; “you know like the American guys, they speak really clearly, we can understand them really well”. Unless Americans really do enunciate more clearly the most likely explanation is that for this particular group of non-native English speakers the American accent was far more familiar and so more readily comprehensible than my friend’s variety of English.

Native speakers are harder to understand

Another friend described how in a European business meeting the non-native English speakers seemed to understand each other far better than they could understand the fluent native English speakers. A recent piece on the BBC website describes this phenomenon perfectly: “When misunderstandings happen, it’s usually the native speakers who are to blame. Ironically they are worse at delivering their message then people who speak English as a second or third language”.

The key criticism of native speakers highlighted by their second-language audiences is that they speak too fast. It’s so easy when you are proficient in a language to forget how quickly we speak and how non-native speakers may just need a bit more time to process the content. It’s not necessarily that the words you are using are overly complex, but what may be a normal rate of delivery for you, may simply be too fast for your non-native audience to process. Of course, native speakers also have a tendency to slide into idiom and to use abbreviations or culturally specific references which may bamboozle a less fluent listener.

And we hate silence! We all know that feeling in business meetings where there’s a gap in the conversation and the tendency is to try to jump in and fill it with more talking. But that puts the non-native speakers at a disadvantage. They may just need a moment longer to formulate their response and by leaping in to talk over the silence the native speaker misses out on potentially valuable contributions.

The KISS (keep it simple stupid) design principle coined by an aeronautical engineer and adopted by the US Navy in the 1960s has become much loved in computing and software development, but it can be applied in pretty much any domain. The reason non-native speakers understand each other so easily is that they use a pared down, simplified vocabulary and straightforward sentence construction when compared with native speakers. Attempts have even been made to formalise this kind of simplified language. For instance, the trademarked Globish, devised by Jean-Paul Nerrière, uses a subset of standard English grammar and a defined list of 1500 English words.

While there are plenty of reasons we may not want to go down the path of adopting a specific formal pared down language for our business interactions, there is scope for learning from this enterprise when communicating with an audience whose mother tongue is different to your own. In summary: slow it down, keep it simple, and don’t be scared of silence!