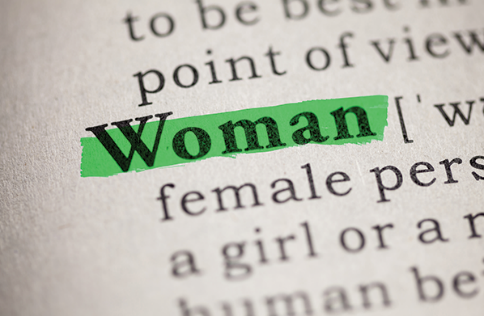 Earlier this year, women’s rights activist Maria Beatrice Giovanardi found herself looking for synonyms for the word “woman” using various online search engines. She was unimpressed with the results and reports on her experience in an article for the online publishing platform Medium. Describing the dictionary outputs as “patronising, misogynistic, sexist or offensive” she then launched an online petition in conjunction with the Fawcett Society aimed primarily at Oxford University Press, asking them to eliminate all phrases and definitions that discriminate against and patronise women and/or connote men’s ownership of women.

Before we consider the validity of this endeavour, what exactly was it that annoyed Giovanardi so much in the dictionary entries? Her petition page begins with the statement that searching for the definition of a woman gives you the words: “bitch, besom, piece, bit, mare, baggage, wench, petticoat, frail, bird, bint, biddy, filly”. And yet, according to her own article at Medium, her Google search for “woman synonyms” starts with “lady, girl, member of the fair/gentle sex, female”. The specific words she highlights come much further down the list and are clearly preceded by the labels informal, derogatory, offensive or archaic. No list of synonyms will ever be an exact match in terms of nuance and appropriateness and no-one could read the listing she cites and fail to see that “bitch” is in the “derogatory” category. This hasn’t stopped the hashtags #IAmNotABitch #SexistDictionary taking off on social media, with signatories on the petition currently at over 30,000.

All of which is a shame, because the issues raised are interesting. Giovanardi’s Google search for “man synonyms” fails to produce a single word categorised as derogatory or offensive (compare this with 5 such entries for woman: “piece, bit, mare, baggage, bitch”). And the informal lexical entries for men have a certain affectionate positivity about them: “guy, fellow, geezer, bloke, chap, dude, bozo, hombre”. Compare these terms with the equivalent informal entries for woman “chick, girly, filly, biddy, bird, bint, besom, wifie”.

Katherine Connor Martin, Head of Lexical Content Strategy at Oxford Dictionaries, responded to the petition with an explanation of the methods used in the dictionary compilation process. She emphasises the descriptive, corpus-based approach which analyses large quantities of real-life linguistic data. She welcomes input from members of the public to the ongoing revision process and acknowledges the real-life impact that words can have on individuals. Ultimately, however, she points out that a dictionary reflects actual language use, stating “If there is evidence of an offensive or derogatory word or meaning being widely used in English, it will not be excluded from the dictionary solely on the grounds that it is offensive or derogatory.”