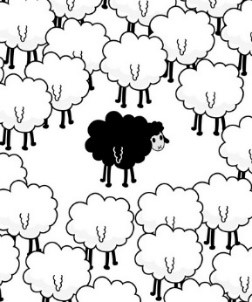 Scanlation refers to the process where foreign language comics are scanned, translated and then edited to make them available to a wider audience beyond their country of origin. It is most commonly associated with the production of English language versions of Japanese “manga” comics, particularly in the USA. The conversion process is generally done by amateur fans of the genre and it often involves multiple participants contributing different skills (digital image editing, translation, proofing). Most crucially, scanlation is nearly always carried out without permission from the copyright holder and, as such, a dim view is often taken of it. Indeed professional translators tend to regard scanlation at best as a slightly embarrassing relative who keeps showing up at family gatherings.

The overview of the movement’s history at the Inside Scanlation site admits that it occupies a moral grey area. On the one hand there is pretty clear copyright infringement and potential threats to sales, on the other hand scanlators argue that they bring attention to fringe titles which would otherwise go unnoticed. In a research study in 2009 Lee Hye-Kyung of the University of London concludes that scanlation “represents a different kind of relationship between publishers and those copying their work”. She highlights the fact that unlike the music industry, which has been quick to clamp down on illegal file-sharing, the manga industry has largely let the scanlators go about their business unchallenged. There are even rumours of publishers deciding which manga to license next based on the popularity of scanlated manga.

Lee Hye-Kyung describes scanlators themselves as often possessing a “missionary zeal” when it comes to sharing manga on a non-profit basis. They are motivated by a love of the original text and a desire to bring it to a wider audience. The purists among them will try to buy a copy of the original work and commit to ceasing scanlating, if and when the Japanese text is officially translated. They often express frustration at the cost and time lags involved in official translations and regard scanlation as a justifiable and necessary means of filling that gap.

While manga license holders seem content to turn a blind eye to the world of scanlation, or even to use it as a divining rod for detecting potentially profitable publications, not surprisingly the translators involved in such official editions feel rather differently. Manga translator Toren Smith is quoted as saying “I know from talking to many folks in the industry that scanlations DO have a negative effect. Many books that are on the tipping point will never be legally published because of scanlations.” And if that is correct, then clearly there is a potential loss of income for the manga industry and for translators working in this genre.