Trademarked names can be a tricky problem for translators. It is not unusual to find the source language has a widely used generic term for a particular item, whereas the target language may colloquially use a trademarked term that is off limits in formal documentation. A common example of genericide for German-to-English translators is the term “Klettverschluss”, which refers to hook-and-loop fasteners. These are more commonly referred to in English as “velcro” thanks to the market dominance of the Velcro® brand. When a trademark name is used in this way it is referred to as a genericised trademark. While the trademark owner can take solace from the fact that market domination has led to the adoption of their product name for the broader product category, this may be little consolation if sales start going to their competitors. 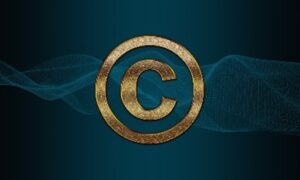 The law around genericised trademarks is complex and varies from country to country. The legality of using specific terms also inevitably evolves over time. Writers need to be careful, particularly when compiling text for commercial or legal use. Trademark owners often go to great lengths to avoid their trademark becoming genericised, for example Nintendo encouraged the use of the new term “games console” to avoid their brand becoming the generic moniker for such devices. Similarly, Google have fought to prevent the term “googling” becoming the default term for “looking stuff up online”. When OED included this lexical item for the first time in 2006, the brand affiliation was acknowledged in the definition “use the Google search engine to obtain information on the internet”. How long that brand association will persist is debatable as the ties with a specific search engine weaken.

Wikipedia has a splendid list of genericised trademarks, which makes an enjoyable browse demonstrating the gradual dilution of different brands as they move towards losing their trademarked status. But beware, a trademark that might have lost its protected status in one country may still be legally protected elsewhere!

The process by which a brand name loses its distinctive identity and becomes the generic category name for a product or service is known as “genericide”. Returning to the “hook and loop” translation example, Velcro decided in 2017 to make the best of a tricky situation, using their trademark’s ongoing genericization as the inspiration for a commercial (see sources) in which the company’s lawyers (supposedly!) sing of the perils of genericide. They bemoan “You think it’s awesome for us, we’re famous. But we’re lawyers and it’s causing us grief” and build up to a climax of “This is [bleeped content] hook and loop”. It is rare to find a linguist phenomenon like genericide celebrated in corporate marketing, so hats off to the Velcro PR team!