It is only a short while since this blog examined the fraught history of virus naming, but Covid seems determined to keep this topic in the news, so here we are again. Having recognised the potential harm of naming… Read More 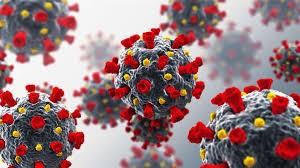 When the world undergoes rapid change, language also evolves at pace to keep up. As the obvious recent example, Covid-19 and language change have gone hand-in-hand. Over the last few months, we have all seen our vocabulary enriched with various scientific and sociological terminology to describe the experience of dealing with the corona virus. Much of this new vocabulary involves existing words being used in a slightly novel way. For example, social distancing is now a shorthand for describing the requirement to keep a certain distance from other people to avoid infection. It is also something of a misnomer as the key detail is to maintain physical rather than social distance. But language is flexible, and people soon understood the intended instruction.

Similarly, the US term shelter in place is an existing phrase, originally a Cold War invention to describe the need to take cover in the event of a nuclear attack. This has now been widely adopted and reinterpreted to cover the “stay at home” orders widely in place around the world. The OED blog gives an interesting insight into tracking these changing usages and keeping up with sudden lexicographic change.

In addition to the evolution of standard vocabulary to describe new phenomena, there has been widespread acquisition of specialist scientific terms by the general population. These are not new lexical items, but previously specialist terms now understood by a much broader cross-section of people. For example, few would have been able to define what the reproductive number of a virus meant prior to this pandemic. Now we are all talking about the R-value like professional epidemiologists. Those who have delved a bit more deeply into the scientific research may also have acquired terms such as specificity and sensitivity. In testing these refer respectively to the “true negative rate” (the ability of the test to correctly identify those without the disease) and the “true positive rate” (the percentage correctly identified as having the disease).

Language is crucial to describing and dealing with the challenges of the coronavirus. The UK government attracted heavy criticism for its shift in messaging from “stay at home” (clear and simple) to “stay alert” (vague and open to endless comedy interpretation on social media).

As various countries ease out of lockdown and commercial activity resumes on a wider scale, there has been discussion of the need to reflate the economy, stimulating economic output by government stimulus. This is another pre-existing term, but likely to enjoy a boost in usage following the global dip in business activity.

Lexical borrowing is also evident. I have come across several examples of English speakers using the term deconfinement (originally French) to refer to the easing of lockdown measures. No doubt the Académie Française would be delighted at the infiltration of some French vocabulary into English usage, but they may have been too busy debating the gender of Covid-19 to notice. Despite the fact that many French speakers have been referring to “le Covid”, the academy has issued a ruling stipulating that the correct gender for Covid is feminine. When it comes to Covid-19 and language change, the Académie is as ever on the ball!