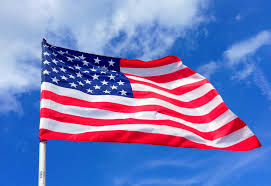 The mighty United States of America is never far away from our news pages, particularly recently with the pending presidential election. The next few weeks will be an interesting time for Americans as the candidates ramp up their campaigns even more. November will be crunch time for voters to decide who will follow Barack Obama in becoming the 45th president of the USA.

I could spend this article discussing US politics and the scary prospect that Trump could actually win, but I won’t! Let’s look at how our friends across the pond approach our shared language instead.

In a previous article we looked at some of the particularities of Canadian English, but over the past year I have been spending more time with Americans and trying to make myself understood and vice versa. Though in theory we speak the same language, ‘translations’ are often needed.

This is, perhaps, the most noticeable difference between the two languages. How about ‘I like your pants!’… to an American this is a compliment about the ‘trousers’ not your underwear.  What are ‘crisps’ in the UK are ‘chips’ in the US, and ‘chips’ in the US are our crisps. Confused yet? Trunk is not what you’d find on an elephant but rather the boot of a car. Vegetables e.g. eggplant/aubergine, courgette/zucchini are also a source of confusion!

The word ‘gotten’, I’m sorry but I hate it! In British the past participle of ‘get’ is ‘got’, in American English it’s ‘gotten’ e.g. he’s gotten better since last week.

British people use the present perfect tense more than Americans, who tend to use the simple past:

Prepositions are a noticeable difference; Americans are more likely to say ‘on the weekend’ and not ‘at the weekend’ or, for example, ‘I write her everyday’, omitting the ‘to’ that is used in British English.

As the song goes You say ‘tomato’ I say ‘tomayto’ …  In American English words are often pronounced differently (as per the aforementioned fruit or ‘basil/baysil’ ) or stress is placed on different syllables  (adult vs. adult). I’m sure many more examples will spring to mind.

The most obvious is that ‘z’ (‘zee’ not ‘zed’ remember!) is used frequently where Brits use ‘s’ e.g. organization, recognize etc. Other differences:

These are just some of the differences between American and British English and the saying that the two countries are “two nations divided by a common language” does seem to be true.  In translation these variations are important, as translators will generally translate into one or the other. If you’re having translations done consider who the target audience is and decide on the most appropriate language variation. Your translation project manager should also be able to guide you in this process.